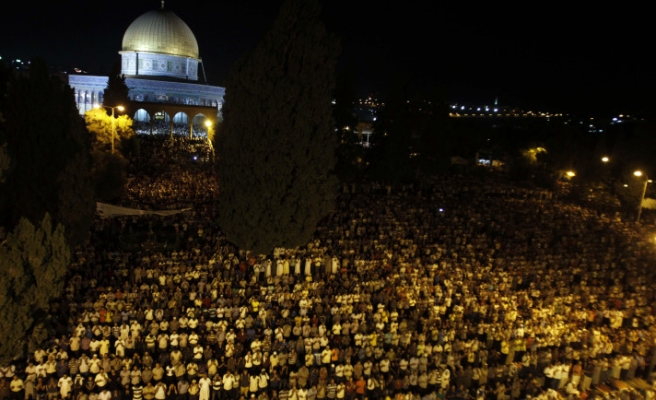 Thousands of worshipers performed the morning prayers at Jerusalem's Al-Aqsa mosque on Friday, with a quarter-million expected to throng the holy city throughout the day.

Only men over 40 years old and women are able to enter Jerusalem without a permit, he said.

The last Friday of Ramadan is the culmination of the holy month of fasting and prayer, before the celebration of Eid al-Fitr, which will fall on Saturday or Sunday depending on lunar movements.

Rosenfeld said police were prepared for hundreds of thousands of worshipers expected throughout Friday.