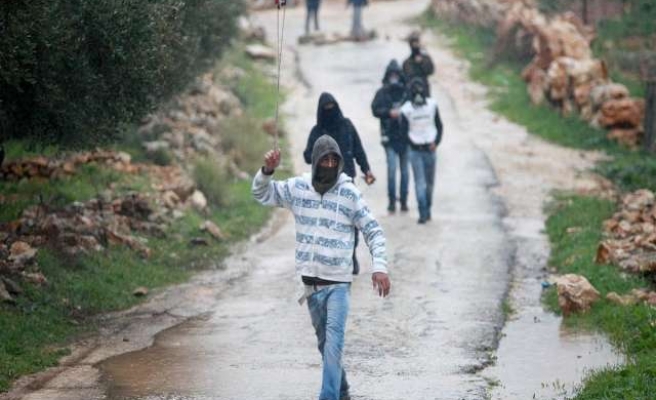 Dozens of Palestinians threw eggs at Baird following his meeting with his Palestinian counterpart Riad al-Maliki amid chants condemning what they said was Canada's supportive stance of Israel, an Anadolu Agency reported.

Baird arrived in Ramallah from Jerusalem on Sunday and was expected to leave after his meeting with al-Maliki.

Baird was not hit, but one of the eggs smacked onto the roof of his car after a meeting with his Palestinian counterpart at the Foreign Ministry in Ramallah.

Several dozen Palestinian special forces armed with machine guns and riot gear made no effort to confront the egg-throwers among a crowd of about 100 protesters.

"You're not welcome," the demonstrators shouted at Baird.

"We're here today to say that Baird's visit in not welcome and we call on him to leave Ramallah immediately," Essam Abubakr, one of the demonstrators, told AA.

"We condemn Canada's support for Israel's terrorism, and its support for Israel in the United Nations," Abubakr said, going on to call on the Canadian government to side with the Palestinian people who are "under Israeli occupation."

Canada was among a handful of countries that voted against Palestinians' successful bid to become a non-member state at the United Nations General Assembly in 2012. This month, Baird called a Palestinian move to join the International Criminal Court "concerning and dangerous".

Amid bouts of failed peace talks with Israel, Palestinians have opted to confront Israel in international bodies and the conservative government of Prime Minister Stephen Harper has become one of the most outspoken critics of the strategy.

Palestinians seek East Jerusalem, which Israel captured along with the West Bank and Gaza Strip in a 1967 war, as the capital of a future state. Israel regards all of Jerusalem as its capital, a claim that has not won international recognition.

"We regret the Canadian government's decision to stand on the wrong side of history by blindly supporting the Israeli occupation and its apartheid policies," Erekat said.

Most countries deem Israeli settlements in the West Bank and East Jerusalem as illegal. Israel pulled troops and settlers out of the Gaza Strip in 2005.