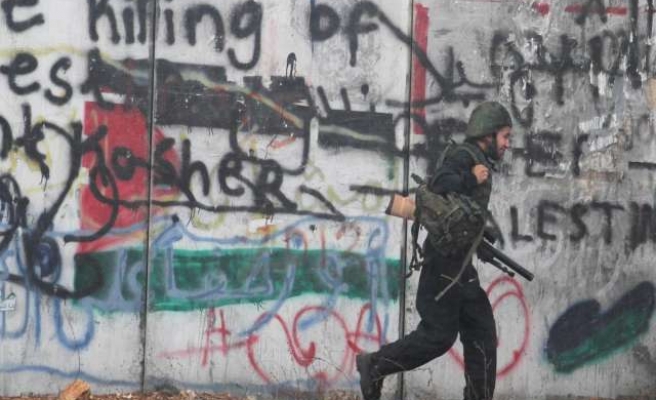 At least four Palestinians were shot and injured by Israeli troops during clashes early Thursday morning in the West Bank city of Nablus, eyewitnesses have said.

During the clashes, three Palestinian youths were injured by rubber bullets, while a fourth was shot in the leg with live ammunition.

Dozens of others suffered temporary asphyxiation due to teargas inhalation.

Elsewhere, Israeli police used stun grenades and teargas to disperse stone-throwing protesters in the Isawiya neighborhood of East Jerusalem. No casualties were reported.

Tension has run high in the occupied West Bank and Jerusalem since Israel's temporary closure of the Al-Aqsa Mosque complex late last month – a move described by Palestinian Authority President Mahmoud Abbas as a "declaration of war."

On October 30, the mosque compound was shut for several hours after an extremist rabbi was injured in a drive-by shooting in West Jerusalem.

Unrest mounted further after Israeli forces subsequently killed a young Palestinian man suspected of shooting the rabbi in a raid on his East Jerusalem home.

Further aggravating the situation, several Israeli MPs have also forced their way into the Al-Aqsa Mosque complex in recent days and weeks, drawing the ire of Muslim worshippers and official condemnation from Arab and Muslim countries.

At least four Israelis – a police officer, a soldier, a female settler and a baby – were killed and several others injured in separate attacks by Palestinians over the last two weeks.

Israel occupied East Jerusalem and the West Bank during the 1967 Middle East War. It later annexed East Jerusalem in 1980, claiming it as the capital of the self-proclaimed Jewish state – a move never recognized by the international community.