Palestinian activists have joined journalist Mohammad al-Qiq in his hunger strike imploring Mahmoud Abbas to put pressure on the Israeli government for his release. 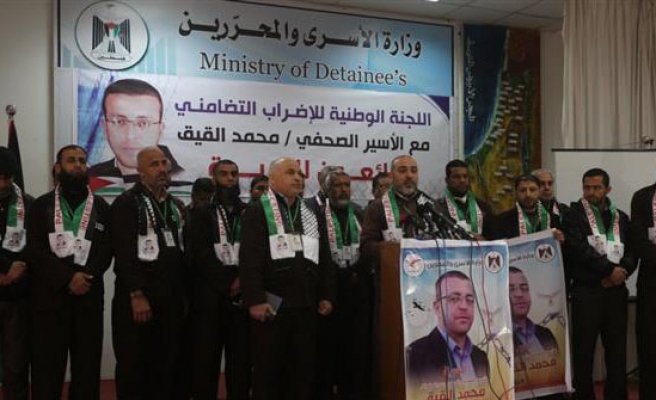 In Gaza, Palestinian activists are on the fourth day of a hunger strike in a show of solidarity with journalist Mohammed al-Qiq, who has been held without charge or trial by Israel and has has been refusing food for over two months.

The six-day hunger strike, which was organized by the National Committee in Solidarity with Al-Qiq, will last until Thursday.

The committee urged Palestinian President Mahmoud Abbas to put pressure on the Israeli government through the international community and secure the release of Qiq, who has now lost his ability to speak and is in a critical conditon.

It also called on Arab and European parliaments as well as human rights and journalism organizations to help free Qiq from Israeli custody.

The activists said the Israeli regime would be responsible for the health of the Palestinian hunger striker.