Abbas seems firm to keep his pledge to hand an application for statehood to U.N. Secretary-General Ban Ki-moon on Friday. 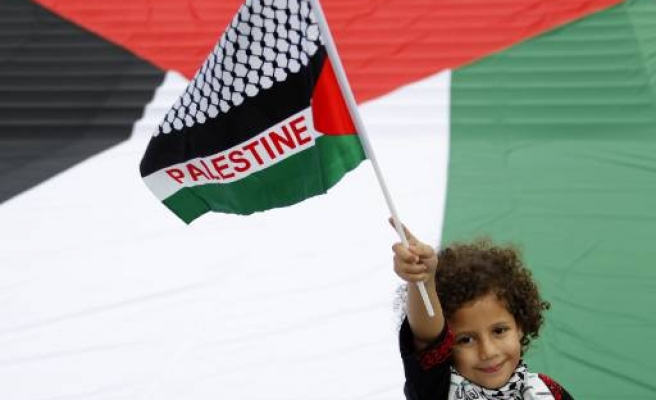 U.S. President Barack Obama told the United Nations on Wednesday there was "no short cut" to Middle East peace as Palestinians said they would keep a promise to request for U.N. recognition of their state.

A year after telling the General Assembly he hoped to see a Palestinian state born by now, the U.S. president said creating such a state alongside Israel remained his goal.

"But the question isn't the goal we seek -- the question is how to reach it. And I am convinced that there is no short cut to the end of a conflict that has endured for decades," he told the assembly.

However, Palestinian President Mahmoud Abbas seems firm to keep his pledge to hand an application for statehood to U.N. Secretary-General Ban Ki-moon on Friday.

Obama told Abbas in a meeting, that the United States would veto such a move in the Security Council, the White House said.

U.S. Secretary of State Hillary Clinton was due to hold separate talks with Abbas and Netanyahu in the evening.

A U.S. Senate committee voted to prohibit aid to the Palestinians if they joined the United Nations.

The Palestinians see statehood as opening the way for negotiations between equals.

Flag-waving Palestinians rallied in West Bank city squares to back the recourse to the United Nations.

The drama at the United Nations is playing out as Arab uprisings are transforming the Middle Eastern landscape.

The Security Council could delay action on Abbas' request, giving the mediating "Quartet" -- the United States, Russia, the European Union and the United Nations -- more time to craft a declaration that could coax both sides back to the table.

A French presidential source said the Quartet was unlikely to issue such a declaration within the next three days.

A senior Palestinian official, Nabil Shaath, said the Palestinians would give the Security Council "some time" to consider the statehood claim before they took it to the General Assembly, where Washington has no veto.

Hanan Ashrawi, a senior Palestinian official, said Obama's speech was a disappointment, accusing him of being selective when upholding principles of freedom and self-determination.

"When it comes to Palestinians suffering from an oppressive foreign military occupation, somehow ... these principles do not apply. They only apply when Arabs rebel against their own oppressive regime."

Whatever happens at the United Nations, Palestinians will remain under Israeli occupation and any nominal state would lack recognized borders or real independence and sovereignty.

It is a measure of their desperation that they are persisting with an initiative that could incur financial revenge from Israel and the United States.