Abbas will ask to be made a non-member observer state at the U.N. General Assembly on Sept. 27 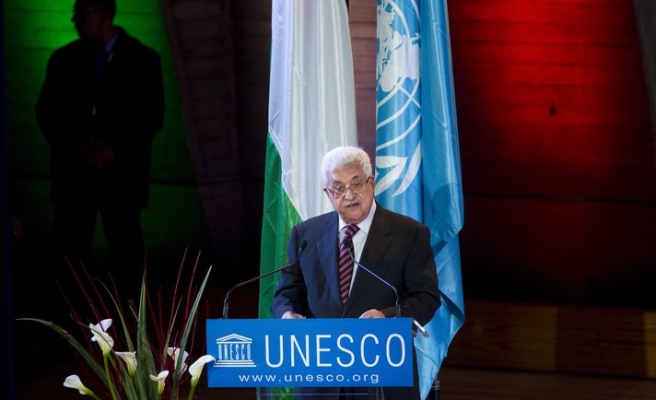 The Palestinians will next month renew a bid to upgrade their status at the United Nations, their foreign minister said on Saturday, a move which could strengthen their statehood claims after talks with Israel stalled.

Palestinians are listed as a U.N. observer "entity" with no voting rights. They will ask to be made a non-member observer state at the U.N. General Assembly on Sept. 27, Foreign Minister Riyad al-Malki told reporters in the West Bank city of Ramallah.

Such status, akin to the Vatican's, would be an indirect recognition of their claims on statehood in the West Bank, East Jerusalem and Gaza Strip. It would allow them to join a number of U.N. agencies, as well as the International Criminal Court.

The Palestinians say Israeli settlement-building on occupied West Bank land has stymied prospects for a bilateral statehood deal. Disagreement over the issue led to negotiations stalling in 2010.

Malki said President Mahmoud Abbas would make the status request in a speech and the Palestinians would then lobby for support among U.N. member states, many of which are sympathetic to the campaign and regard the West Bank settlements as illegal.

"When we are sure we have won absolute support from the largest possible number of states, we will be ready to request that the General Assembly vote on such a draft resolution," Malki said.

A simple majority vote in the 193-member General Assembly would be enough to bestow non-member observer status, bypassing the Security Council - where the United States, Israel's ally, has a veto.

Once that was achieved, he said, the Palestinians would pursue full U.N. membership. However that would require approval by the Security Council - and Washington.

"This an ongoing struggle that will not stop and which we will continue to the end," Malki said.

A similar campaign by the Palestinians last year proved short-lived amid opposition from Israel and the United States, which said a Palestinian state should be founded in agreement with Israel.

Israel has annexed East Jerusalem as its capital - a move not recognised abroad - and says it would annex swathes of West Bank settlements under any eventual peace deal. It unilaterally withdrew from Gaza in 2005.

Israeli officials had no immediate response to Malki's announcement. Previously, Israel has accused Abbas's government of trying to evade negotiations which would entail territorial compromise and that he reassert control over Gaza.

Malki's remarks appeared to signal the Palestinians might put off the General Assembly vote at the United Nations until after the U.S. election in November, in the run-up to which President Barack Obama would be mindful of his pro-Israel constituency.