Palestinians are honoring their martyrs by planting flowers in used Israelis gas canisters. 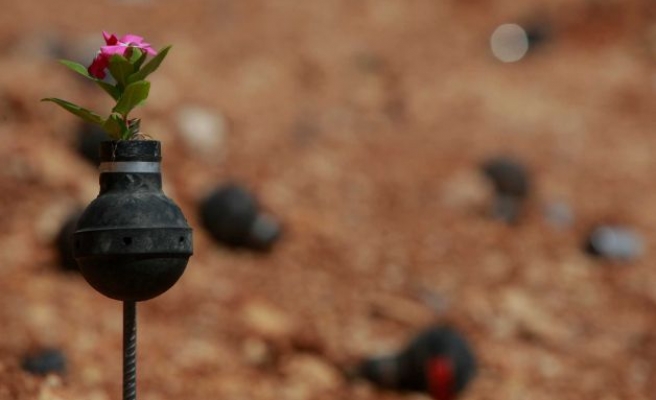 Palestinians in the West Bank town of Bil’in are protesting against Israeli settlements in an artistic way, by planting flowers in used gas canisters in the desert.

Khadi Abu Rahma, one of the creators of the garden just outside of Ramallah, told Russia Today “We can make life out of these gas canisters which can kill people.’’ Khadi’s cousin Bassem was killed in 2009 when an Israeli gas canister hit him in the chest.

The people of Bil’in march peacefully every Friday against the separation wall erected by Israel which has cut them off from 60% of their land. In 2005, some journalists gave the villagers cameras to film daily life in the area in an Oscar winning documentary which carried their struggle to reclaim their stolen land to the rest of the world.