A petition is aiming to get at least 1.8 million signatories - one representing each person currently in Gaza - to urge world leaders to pressure Israel to lift its blockage on Gaza. 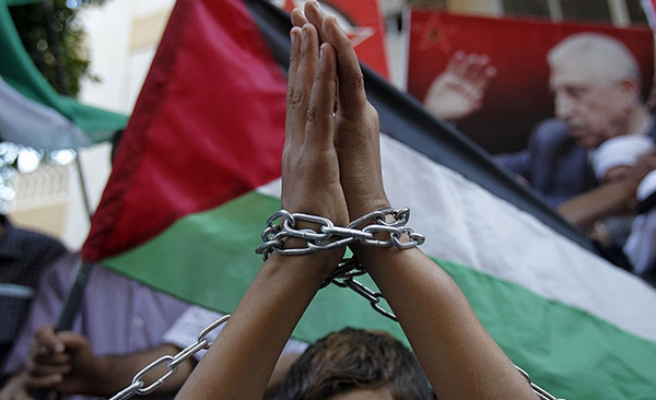 A year after a ceasefire ended Gaza's 51-day war, hundreds of thousands of people have signed a petition urging world leaders to pressure Israel to lift its blockade of the Palestinian territory.

Launched by the online activist group Avaaz , the petition whichi has the backing of dozens of organisations, including World Vision International and Medical Aid for Palestinians - notes that 100,000 Palestinians in Gaza remain homeless and calls for "urgent action" to allow more construction materials to enter the besieged coastal enclave.

"For a whole year the Israeli government has restricted basic and essential construction materials from entering Gaza. Not one of the 19,000 homes that were bombed and destroyed has been fully rebuilt," notes the petition, released on Wednesday.

Organisers are hoping to gain at least 1.8 million signatories, representing the current population of the Gaza Strip. The move comes a year after a ceasefire agreement ended the war on August 26, 2014.

Israel has created barrier after barrier preventing necessary supplies to come in - just five percent of the nearly seven million tonnes of cement, steel and aggregates required to rebuild Gaza have so far been allowed to enter the territory, according to Avaaz. At that rate, the group noted, it could take 17 years to complete reconstruction.

In addition to the Israeli blockade, Gaza's border with Egypt is also frequently closed and smuggling tunnels in Gaza's south have also been systematically destroyed. The ongoing political disagreements between Hamas and the Palestinian Authority (PA) has also been blamed for further stalling reconstruction.

What Gaza needs more than anything is reconstruction, yet the government of Israel restricts the entry of even the most basic building materials … [preventing] the rebuilding of even the most vital infrastructure in Gaza, including hospitals and clinics," said Tony Laurance, the CEO of Medical Aid for Palestinians.

Organisations supporting the petition are calling on donor countries, who collectively pledged $3.5bn in aid to rebuild Gaza at the 2014 Cairo conference, to fulfil their promises. Funds have been trickling in amid concerns over the Hamas-PA tensions and a number of other major regional crises that have demanded donor aid.
Last Mod: 26 Ağustos 2015, 09:33
Add Comment