The nervous father of a premature boy mutters a prayer, asking God to keep the intensive-care units working smoothly without any disruption. 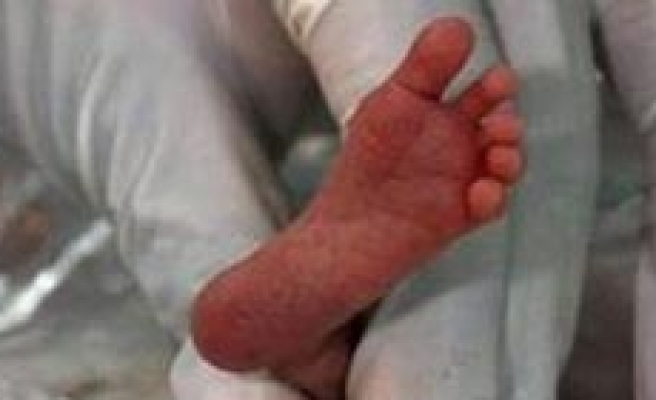 Standing worriedly in a room full of beeping machines and busy nurses, Abdullah al-Nabih's eyes remain glued to his baby boy – born prematurely – who is covered in wires and tubes that keep him alive in a small incubator in Gaza's largest hospital.

Al-Nabih's infant son, Mohamed, is one of 32 newborns kept alive with feeding tubes in Al-Shifa Hospital's maternity ward after being born too early.

The nervous father mutters a prayer, asking God to keep the intensive-care units working smoothly without any disruption.

"The machines connected to my son's body are what keep him alive; any disruption could have a negative impact on his future life," he said.

Al-Nabih is mainly concerned now with the power outages that have become a daily occurrence in Gaza – often lasting as long as 12 hours a day.

In recent months, the hospital has been able to cope with mounting electricity cuts with the use of power generators that rely on fuel.

But since the Egyptian army launched a crackdown on the border tunnels linking the Gaza Strip to Egypt's Sinai Peninsula, which are dedicated largely to transporting items restricted by Israel, including fuel, the coastal enclave – home to roughly 1.7 million people – has been hit by a crippling energy crisis that has affected public transport, electricity and construction.

Last week, Mufid al-Mekhalilati, health minister in the Gaza government, said the current dearth of Egyptian fuel had affected electricity generators in the strip's hospitals and the operational capacities of its ambulance and rescue services.

Doctors at Al-Shifa, the strip's main hospital, are ringing the alarm over the impact of the increasingly frequent power cuts on Gaza's already ill-equipped health facilities.

"The electricity crisis has a serious impact on the medical sector in general," Alaa Abu Hamda, head of the hospital's incubators department, told Anadolu Agency. "But the neonatal intensive care units are the most affected if electricity goes out, even for a few moments."

"The incubators depend mainly on electricity, especially the ventilator machines," he said. "Any disruption will endanger the lives of the babies."

The Health Ministry, meanwhile, is doing its utmost to provide enough fuel to keep the life-saving machines working.

"The incubators room can house 32 babies, but this isn't enough," Abu Hamda said, noting that the hospital received between 60 and 70 premature babies each month.

September, however, has seen a sharp rise in the number of premature infants – 200 already – forcing doctors to put two infants into each incubator, originally designed to accommodate only one.

Others were put in intensive-care beds until a vacancy opened up in an incubator.

The precarious energy situation is not the only problem facing doctors in Gaza, as they relentlessly work to save the lives of the embattled territory's premature newborns.

"The department is also suffering a serious shortage of the drug that helps babies get enough oxygen through the ventilators," Abu Hamda said.