Flyers were hung on the walls of Gaza mosques, calling on youths to join the army in preparation for any possible conflict with Israel. 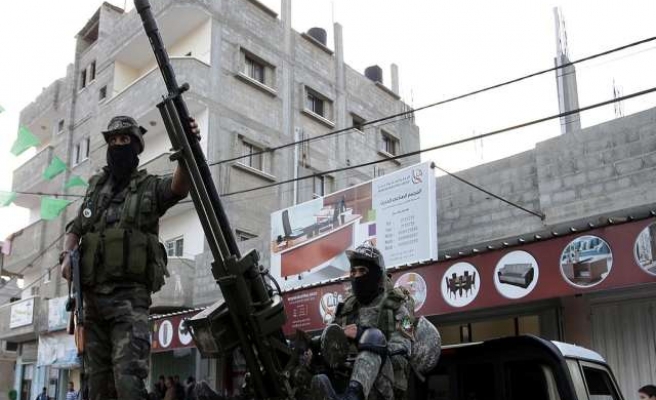 He said the enlisted would initially be trained on using light arms and later on get training on using mortar shells and other more advanced weaponry.

The source added that the military training would go in parallel with "spiritual courses."

Al-Qassam has recently embarked on a campaign to establish a "popular army" to defend the Gaza Strip against any Israeli attack.

Flyers were hung on the walls of Gaza mosques, calling on youths to join the army in preparation for any possible conflict with Israel.

Al-Qassam was established in 1990 but made its presence known when it claimed responsibility for the 1992 killing of Shimon Biran, rabbi of Kfar Darom, a now-dismantled Jewish settlement in the Gaza Strip.

In the following years, the group evolved into a more organized fighter movement that developed its own arsenal and rocket stockpile.

The group was engaged in three direct confrontations with Israel, the latest of which took place in July and August of this year.

The Israeli offensive left some 2,147 Palestinians dead and more than 11,000 injured – the vast majority of them civilians – while partially or completely destroying thousands of residential structures across the territory.

The Israeli offensive, initially launched with the stated aim of ending rocket fire from the coastal enclave, ended on August 26 with an open-ended cease-fire between Israel and Palestinian resistance factions.