Around 45,000 Hamas-appointed civil servants in the Gaza Strip have not been paid since May. 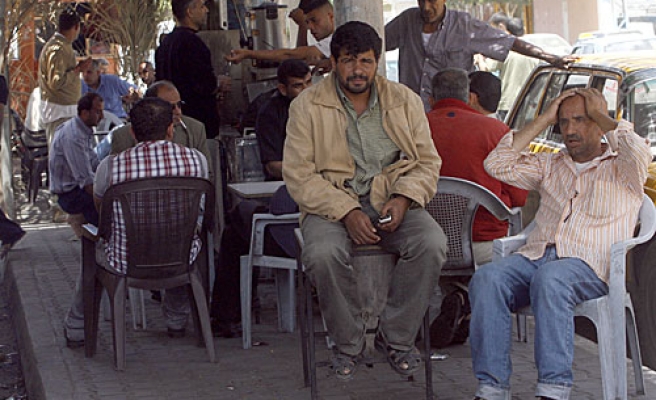 Palestinian Prime Minister Rami Hamdallah said Friday that his government had reached an understanding with Qatar by which the latter would help pay the salaries of civil servants in the Gaza Strip hired by Hamas since 2007.

"The agreement is the result of four months of effort and reaffirms the government's endeavors to unify Palestinian institutions [in Gaza and the West Bank]," Hamdallah said in a statement.

He did not provide details of the agreement, saying merely that it would be implemented in coordination with the United Nations.

Around 45,000 Hamas-appointed civil servants in the Gaza Strip have not been paid since May – one month after Hamas signed a reconciliation deal with rival Palestinian faction Fatah and agreed to relinquish its rule of the coastal strip to a new Palestinian unity government.

Tensions have mounted recently between Hamas and Fatah, the latter of which is led by Palestinian Authority President Mahmoud Abbas.

The tension has come despite a June reconciliation deal that yielded the new unity government headed by Hamdallah.

The new government, however, has yet to assume political control of the Gaza Strip, impeding payment of Gaza's civil servants.

Both factions, meanwhile, continue to accuse each other of attempting to sabotage the reconciliation deal.

The June agreement ended seven years of division between the two factions, which had led to the establishment of two separate seats of government, with Fatah in the West Bank and Hamas in Gaza.

Last month, Hamas accused the new unity government of having neglected the embattled Gaza Strip in the aftermath of Israel's recent 51-day onslaught.

Israel's offensive against the coastal strip left more than 2,150 Gazans dead and 11,000 injured – many critically – while damaging or destroying thousands of residential structures.

Over the course of Israel's "Operation Protective Edge," at least 73 Israelis – 68 soldiers and five civilians – were also killed.

The offensive, initially launched with the stated aim of ending rocket fire from Gaza, ended on August 26 with an indefinite cease-fire that was celebrated by Hamas as a strategic victory.