The campaign sees people dumping a bucket of rocks and sand over their heads and nominating others to do the same. 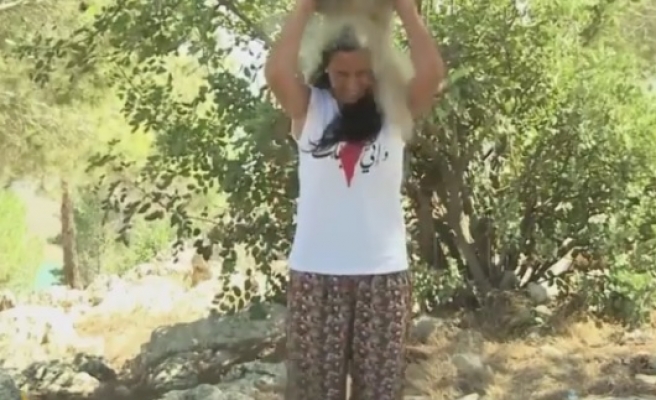 Imitating the popular "Ice Bucket Challenge", Palestinians have launched a campaign to raise attention to thousands of people, who lost their lives and homes from a weeks-long Israeli onslaught on the Gaza Strip.

The campaign sees people dumping a bucket of rocks and sand over their heads and nominating others to do the same.

"I call on the world to stand by our people in Gaza by reconstructing the strip," Mohammed Assaf, a Palestinian singer, wrote on his Facebook page.

"I took part in the challenge in solidarity with our people in Gaza," he added.

Since July 7, Israel has been pounding the Gaza Strip with the stated aim of halting rocket fire from the Palestinian territory.

At least 2133 Palestinians have been killed and nearly 11,000 others injured in relentless Israeli attacks, according to the Palestinian Health Ministry. Thousands of homes have also been destroyed in the offensive.

"This is an alternate to the 'ice bucket challenge' because the children of Gaza get buried under the rubles of their bombed-out homes," said Mehmet Kaya, representative of Turkey's Humanitarian Relief Foundation (IHH) in Gaza.

"This is Gaza, the heart of Palestine, where children and women are killed by tons of bombs falling on their heads," he added.

"Gaza children are being killed under the rubble of their homes," he said.

The pro-Gaza campaign is an imitation of the widely popular Ice Bucket Challenge, which involves dumping a bucket of ice water on someone's head to promote awareness of the disease amyotrophic lateral sclerosis.