Settlement not helpful for negotiations: Abbas

Mahmoud Abbas, the Palestinian President, said they were committed to achiving a comprehensive and fair peace to establish a Palestinian state based on the 1967 borders with Jerusalem as its capital. 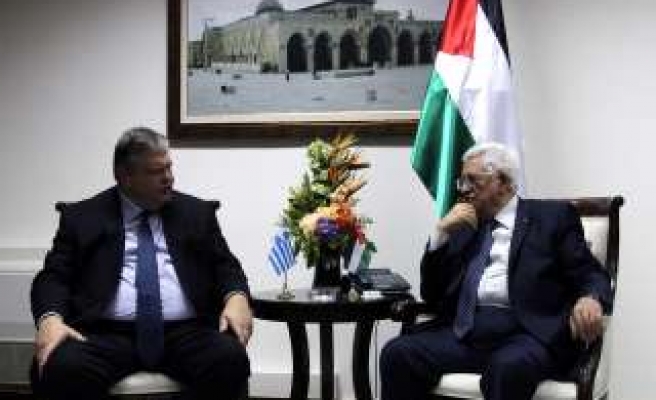 After meeting with visiting Greek Foreign Minister Evangelos Venizelos on Wednesday, Abbas said Palestine was committed to achieving a comprehensive and fair peace to establish a Palestinian state based on the 1967 borders with Jerusalem as its capital.

Abbbas and Venizelos discussed  the latest developments in the peace process and current negotiations with the Israeli side, according to Palestine's WAFA news agency.

The two ministers told a joint press conference that  they agreed on forming a joint Palestinian-Greek ministerial committee in order to promote and develop the bilateral relations between the two countries in various fields, such as health, education, sports and agriculture.

Venizelos expressed support for the peace process between Israel and Palestine and an independent Palestinian state.

About 500,000 Jews live in more than 100 settlements built since Israel's 1967 occupation of the West Bank and East Jerusalem. The Palestinians want to establish their state in those areas, as well as the Gaza Strip.