Israel occupied East Jerusalem, in which the Al-Aqsa is located, during the 1967 Middle East War 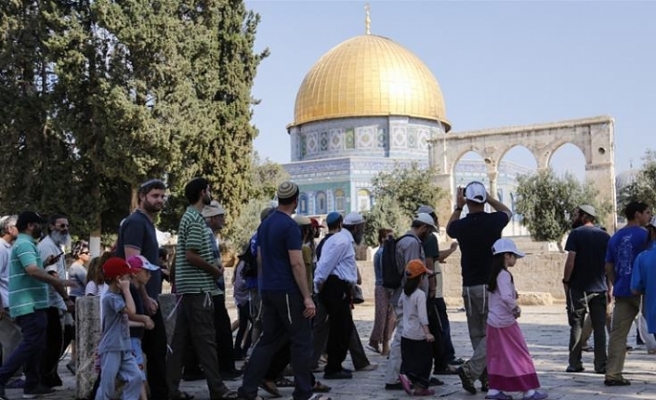 Scores of Jewish settlers forced their way into East Jerusalem’s Al Aqsa Mosque compound on Monday as part of celebrations of the eight-day Hanukkah holiday, according to a Palestinian official.

“Around 80 settlers stormed the compound under the protection of Israeli police,” Firas al-Dibs, a Palestinian official with Jerusalem’s Religious Endowments Authority (which oversees the city's Muslim and Christian holy sites), said in a statement.

He said hardline member of Knesset (Israel’s parliament) Yehuda Glick was among settlers who toured the site.

Israel occupied East Jerusalem, in which the Al-Aqsa is located, during the 1967 Middle East War. It formally annexed the entire city in 1980, claiming it as its capital in a move never recognized by the international community.

In late 2015, Israeli Prime Minister Benjamin Netanyahu had banned government ministers and MPs from entering the Al-Aqsa compound in an effort to calm tensions that had erupted across the Israeli-occupied West Bank following repeated incursions by Jewish settlers into the site.

But in June, Netanyahu lifted the ban, allowing members of the Knesset to visit the flashpoint site.