The World Court has ruled all settlements illegal under international law. 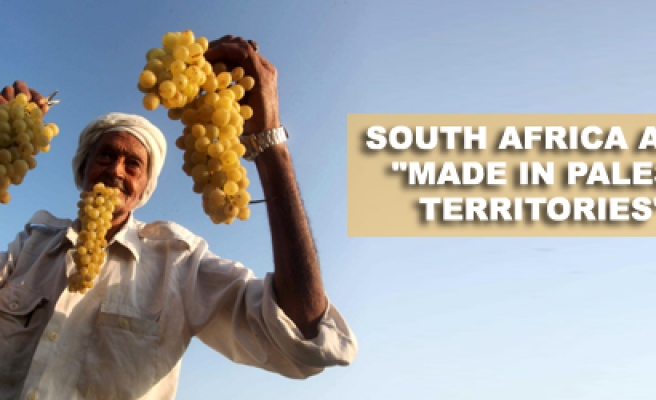 South Africa's cabinet on Wednesday said it had approved the placing of Occupied Palestinian Territory labels on imported goods from Jewish settlements.

The World Court has ruled all settlements illegal under international law. Palestinians, who want their own state in the West Bank and the Gaza Strip, see the settlements as a land grab as an occupier "state".

The Israeli foreign ministry dismissed the decision as "unacceptable".

The cabinet directed its trade minister to issue a notice requiring that products are marked so that buyers knew their origin is not Israel, government spokesman Jimmy Manyi told a press briefing.

"This is in line with South Africa's stance that recognises the 1948 borders delineated by the United Nations and does not recognise occupied territories beyond these borders as being part of the state of Israel," he said.

South Africa says its backing of Palestine stems from its own history of apartheid, oppression and rights abuses.

The trade ministry in May invited public comments on the labels, saying traders must put the tags on so consumers will "not be misled".

Israel has to remove all outpost settlements erected after 2001 and to stop settlement expansion, but thus far Israel has not heeded US and international demands for a complete settlement freeze.