A committee meeting attended by a number of officials, ambassadors and representatives, including a close friend and fellow Robben Island inmate of Nelson Mandela, agreed on a number of resolutions to apply sanctions on Israel and support the Palestinians. 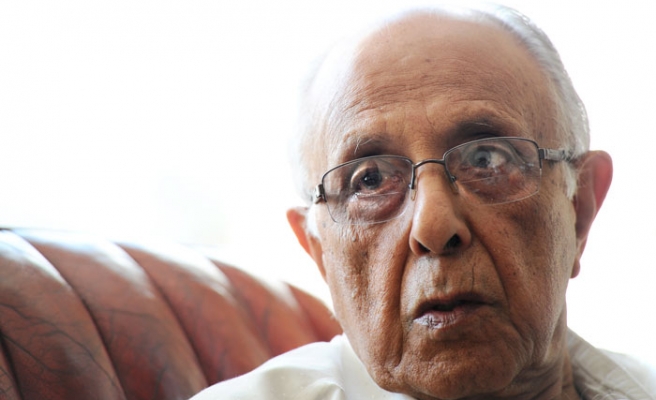 South African anti-apartheid icon and a close friend of the late Nelson Mandela, Ahmed Kathrada, led a number of officials and ambassadors in the "Solidarity Conference in Support of the Peoples of Palestine, Western Sahara and Cuba", which was held by South Africa's Parliamentary Portfolio Committee last week on Thursday.

Among a number of resolutions made by the committee was to push international bodies such as the International Parliamentary Union, the International Criminal Court, the United Nations and the African Union to impose sanctions on Israel based on a 2009 Human Sciences Research Council (HSRC) report, which found Israel guilty of apartheid.

Other resolutions included setting up a special court to deal with war crimes and South Africans serving in the Israeli Defense Force, as well as a complete boycott of all banks and companies involved in illegal Jewish settlements in the West Bank.

The committee also called for supporting Palestinians in the same way states like India and Cuba helped South Africa overcome its own apartheid problem in the 1980s and also called for the release of Marwan Barghouti and all other Palestinian political prisoners.