﻿"We burned the Palestinian teen to volatilize his body's ashes in the mountains of Jerusalem" the broadcast quoted the suspects as saying. 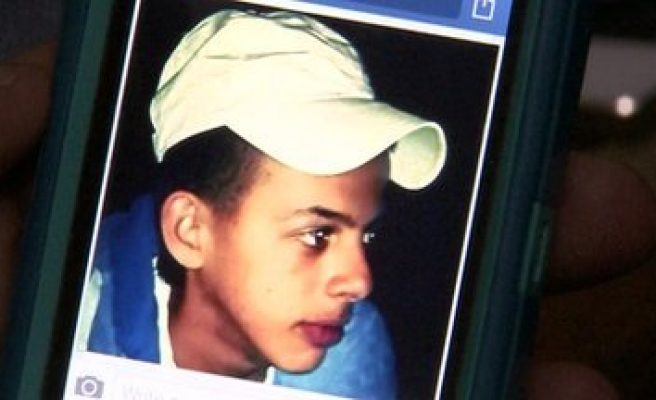 Three of six detained suspects have confessed to the burning dead of a Palestinian teenager last week and reenacted the murder in front of the Israeli police at the crime scene, according to Israeli Channel 10.

"We burned the Palestinian teen to volatilize his body's ashes in the mountains of Jerusalem," the broadcast quoted the suspects as saying.

Mohamed Abu Khdeer, 16, was abducted from outside his home in East Jerusalem on Wednesday.

Footage taken from a security camera near the home showed what appeared to be Jewish settlers abducting the boy.

Abu Khdeer's charred body was found later the same day in a forest near Jerusalem.

Preliminary autopsy report showed that he had been burnt alive by his kidnappers.

Israel had arrested six suspects in connection with the murder.

According to Israeli media, the suspects are a rabbi and his two sons in addition to three Jewish extremists.

They are believed to be from the settlements of Beit Shemesh and Adam in the occupied West Bank.

Israeli authorities are also investigating reports that the six were linked to the attempted kidnapping of Mussa Zalum, 9, one a day before Abu Khdeer's abduction and killing.

"I would like to express my outrage and that of the citizens of Israel over the reprehensible murder of your son," Yediot Aharonot quoted Netanyahu as telling Hussein Abu Khdeer.

"We denounce all brutal behavior; the murder of your son is abhorrent and cannot be countenanced by any human being," the Israeli premier added.

Israeli Defense Minister Moshe Ya’alon has branded the killers of the Palestinian teen as "terrorists."