After the Hamas government of Gaza and the Fatah government of the West Bank agreed to form a joint technocratic Palestinian government last week, the new cabinet has finally been formed. 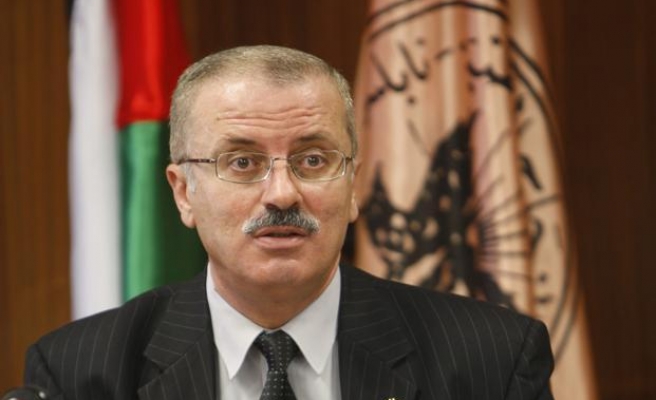 Rami Hamdallah has been elected as Prime Minister. He will also take charge of the Interior Ministry. His father was a deputy mayor while his uncle is in the Jordian parliament. A graduate from the University of Jordan, he also has a master's and PhD degrees from UK universities. He spent the majority of his professional career in academia, primarily at the al-Najah National University where he began as the chair of the English department in 1988 and eventually served as president from 1998 to 2013. In 2013 Hamdallah was appointed to Prime Minister of the Palestinian Authority by President Mahmoud Abbas but threatened to resign two weeks later after clashing with ministers.

Ziad Abu Amr was born in 1950 in Gaza City and grew up there till he left to complete his higher education. He received his bachelor's in English literature and language from Damascus University. He then attended Georgetown in the United States to receive his master's and PhD in comparative politics. He was a professor of political science at Birzeit University in Ramallah from 1985 to 1996. In 1996, Abu Amr was elected to represent Gaza City as an independent. In 2003 he was appointed as the Minister of Culture in the PA. He is the President of the Palestinian Council of Foreign Relations and the Deputy Secretary-General of MIFTAH, a Palestinian civil rights organization.

Born in 1954 in Palestine, Muhammad Mustafa completed his secondary education in Kuwait and then attended George Washington University in the United States. There he received his master's and Phd in management and economics. Later he attended the University of Baghdad to complete a bachelors in electrical engineering. He worked as a professor at George Washington University, and as a senior official in the World Bank for fifteen years. He was the economic reform adviser to the government of Kuwait and the lead adviser to the Public Investment Fund of the Kingdom of Saudi Arabia. He returned to Palestine in 2005 where he became the chairman and chief executive officer of the Palestine Investment Fund.

Secretary General of the Council of Ministers

Born in the northern West Bank city of Jenin in 1967, Abu Diak earned a law degree from the University of Jordan and he also completed a master's degree from the Institute of Law at Birzeit University. Abu Diak served as legal adviser to the Legislative Council from 1996 to 2003, and then as Director General of Legal Affairs in the Ministry of Justice until 2007. He then served as Assistant Undersecretary at the Ministry of Justice before becoming President of the Court of Fatwas and Legislation in 2012.

Political independent Shukri Bishara has spent his career in finance. He received his bachelor's at the American University of Beirut and a master in economics at the University College in London. His professional career consists of former vice chairman of the Palestine Electric Company, chairman at the Jordanian based financial advising company AIMS, head of the Arab Bank and a member of the PA Cabinet since 2013.

Minister of Tourism and Antiquities

Rula Maaya will be keeping her position as tourism minister. She has spoken about Israeli efforts to hinder the growth of the Palestinian tourism sector. In 2013, the tourism sector in Palestine saw significant growth, but also had some significant instances of Israeli intervention. In December of 2013, five tourism ministers from various Arab states attempting to enter the Bethlehem in order to attend Christmas celebrations were refused entry by Israel. This is just one example of a greater trend in Palestine and Israel, of a diminishing Christian presence. This issue has been of concern to Maaya considering the amount of tourism revenue provided by Christian tourists every year.

Haifa al-Agha, who has Phd in educational studies from Oklahoma State University, returned to Palestine to work as a resident of the faculty of education and as a lecturer for the psychology department at al-Aqsa University in Gaza. Al-Agha has worked as the director of internal control for the Ministry of Education in the previous Fateh government, as well as general director of the internal monitoring department in the Ministry of Health and as the Palestinian Authority Education Ministry's director general in the Gaza Strip. After 2007, she assumed the position of director of the Ministry of Education in the Hamas government.

Mamoun Abu Shahla was born in Acre in 1943 and educated in Gaza, Egypt and the United states. He holds a British passport but has lived in Gaza since 2006. He served on the director’s board of the Bank of Palestine, al-Azhar University, the Atta Gaza society, the Palestinian Trade Center and Palestinian Telecommunications Company.

Minister of Public Works and Housing

Mufeed Hasayneh was one of the leaders of the political independents in the Gaza Strip and is also a prominent businessman and owns the company Al-Husayna Business. He received his PhD in engineering and project management from an unspecified university in the United States and lived there for ten years before returning to the Gaza Strip. He currently is president of the Nadi Al-Mushtel Al-Riyadi in the Gaza Strip and thus was among three Gaza ministers who were prevented from leaving to attend the inauguration ceremonies.

Minister of Religion and Foundations

Sheikh Yusef Adeis was born in 1960 in a small Bedouin village in the Jerusalem governorate. He received his bachelor’s degree in preaching and the origins of religion at Al-Quds University in 1983, and received a master's in Islamic legislation and its origins in 2008 at the same university. He was appointed as a judge of shari’a in 1993 in a number of villages in the West Bank and later appointed deputy to the chief justice in Palestine as well as deputy to the president of the Supreme Council for the Islamic Courts. He was additionally a professor at the college of law at Birzeit University and the school of law at the Modern University College in Ramallah.

Born in the city of Khan Younis in the southern Gaza Strip in 1954, Salim al-Saqqa received his primary and secondary education in Khan Younis. He graduated from the faculty of law of the University of Alexandria in 1978. He worked in the legal profession for 35 years and is a board member of several Palestinian NGOs. In 2008, he joined the debate regarding the Palestinian Authority presidential term, stating that it is difficult to handle due to the lack of legal recourse in the debate.

Prof.Khawla Shakhshir was born in Nablus and first received her bachelor's degree in chemistry at the University of Al-Azhar in Cairo, only to change paths and receive her diploma of education from the University of Ain Shams a little while later. She then traveled to the United States and received her master's degree and PhD in curriculum and science education from the University of Northern Colorado. She was a professor of educational sciences in the faculty of education at Birzeit University. She has served as the dean of the graduate studies faculty, the head of the education and psychology department as well as the master of education program, and as director of the teachers training program, all at Birzeit University. She worked as a consultant for various education programs and institutions in Palestine, including UNDP, UNESCO, UNCTAD, UNRWA, and Save the Children.

Minister of Transportation, Minister of Communication and Information Technology

Allam Moussa began his work with science education in 1990 when he graduated from Eastern Mediterranean University with a bachelor's in electrical and electronic engineering, ranking first out of EEE graduates and second out of general university graduates. In 1992 he received a master's in electrical and electronics engineering at EMU, and in 1996 he obtained a PhD in the same field. Since 1990 Moussa has been involved in science education at institutes of higher education. He was a teaching and research assistant at EMU between 1990 and 1996, worked in the electronic and engineering department at Al-Quds University between 1996 and 2000, and between 2000 and 2008 he taught part-time at Al-Quds Open University in Nablus. Since 2009 he has been promoted to the Directors of Quality Assurance Unit at An-Najah University and deputy president for planning development and quality at the same university.

Born in Dheisheh camp in Bethlehem in 1962, Shawqi Al-Ayasa received his master’s degree in international law at the Moscow State University in 1990, then worked as a visiting researcher for a year at Harvard University in 1999. He acted as one of the judges at the Supreme Court in 1998, focusing on Human Rights cases. Additionally he has worked for several international organizations since 1990, focusing on the defense of human rights.

Born in Jerusalem in 1947, Adnan al-Husseini attended al-Ibrahimieh School, graduating in 1965. He studied architecture at Ein Shams University in Egypt, graduating with a bachelor's in 1970. He became the supervisor of Islamic waqfs and worked on several projects in the West Bank and Jerusalem, including renovation of the Al-Aqsa Mosque following the arson attack in 1969. In the 1980's he became a member of the sub-committee for the Restoration of Waqf Properties in the Old City of Jerusalem, in 1989 he became the Director General of the Islamic Waqf Administration and has retained the position since. He is also a member of the Committee for the Restoration of Al-Aqsa Mosque in Amman.

Born in the town of Sa’ir in the governorate of Hebron, Dr. Jawad Awwad studied medicine in the Republic of the Ukraine, specializing in dermatology. He also practiced dermatology in the Medical Army Services. In 2009, he was elected as head of the physicians at the Jerusalem Center and re-elected for the position in 2011 and a third time in 2013. In June 2013, Awwad was sworn in as Minister of Health in front of President Mahmoud Abbas to serve in the 15th government under the leadership of Rami Hamdallah.