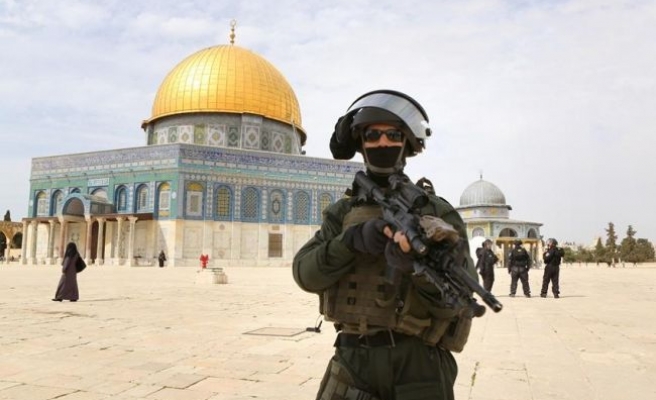 Turkey called for Israel to immediately end “illegal” acts that target the status of Jerusalem.

“Israel must immediately end its illegal acts that target the status and tranquility of Jerusalem,” the Turkish Foreign Ministry said in a statement released late Sunday.

Using the Arab term for the Temple Mount, the ministry added: “It is unacceptable under any circumstances to block the entrance of Palestinians to Jerusalem's Old City, including the Haram al-Sharif.”

East Jerusalem has seen frequent clashes between Palestinian youths and Israeli security forces around Al-Aqsa Mosque compound during a series of Jewish holidays since mid-September.

Palestinian Muslims see restrictions on entry as an infringement of their right to worship at the site, considered the third holiest in Islam and also revered by Jews as the site of previous Jewish temples.

The statement said Turkey was concerned about the loss of life since September.