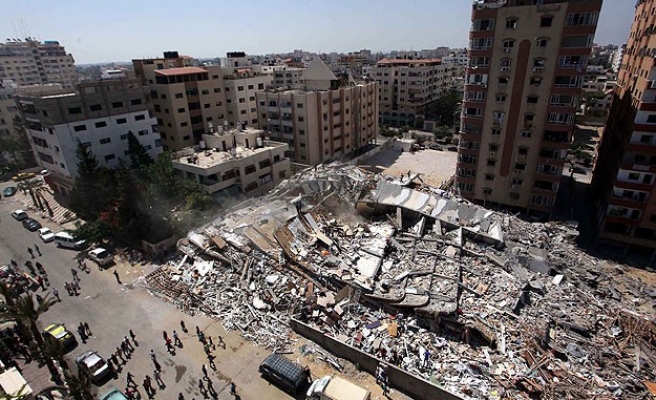 A Turkish charity said on Tuesday that they have provided aid to around 3,500 families in Gaza.

The charity has helped 3,500 families by sending propane cylinders, heaters, blankets and winter clothes to those in need, the Gaza Representative of the Humanitarian Relief Foundation, Mehmet Kaya, said in a statement.

Kaya added that the region was trying to recover after Israel’s attacks that began in July 2014.

Pakistan on Wednesday also donated one million dollars to a UN relief agency as humanitarian aid for Gaza victims.

Pakistan's permanent representative to UN,  Masood Khan, presented a check for $ 1 million to the United Nations Relief and Works Agency for Palestine Refugees.

"This is Pakistan’s contribution to alleviating the sufferings of the Palestinian victims of Israel’s military offensive in Gaza," Khan said.

The aid comes at an opportune time, since sufferingn has increased due to the onset of winter, and the recent flash floods in the region.

Khan reaffirmed Pakistani government and people’s commitment to supporting the Palestinian cause as well as to help Palestinians in their time of need. He expressed the hope that this token would, in a small way, help Gazans resume normalcy. He hoped that the Israeli aggression in Gaza would not be repeated.

Richard Wright, Director of the UN relief agency office in New York, expressed deep appreciation for this generous donation by Pakistan. He said that the money provided by Pakistan would be used for relief and rehabilitation, especially for shelter, food and water, and sanitation.