Scores of Palestinians have also been injured in clashes with Israeli forces during attacks on several parts of the occupied West Bank using live ammunition, rubber bullets and teargas. 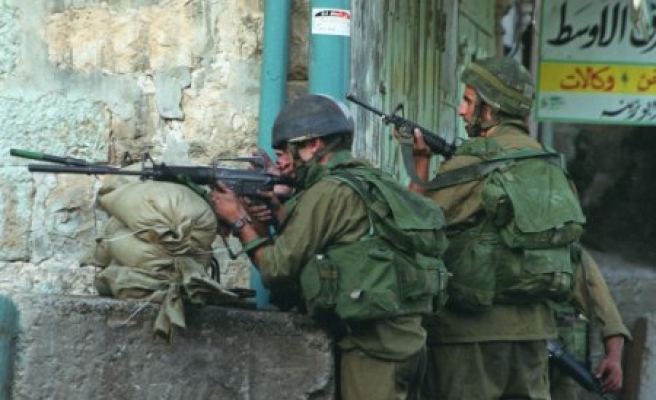 Two Palestinians were killed in the early hours of Sunday during dawn raids by Israeli forces on the West Bank, according to Palestinian Health Ministry officials.

One Palestinian man was found dead in a building entrance in a central Ramallah district following clashes which had erupted when Israeli forces attacked the area with gunfire in the early hours of Sunday, rubber bullets and teargas, a medical source told Anadolu Agency.

Another young man was killed in the northern Nablus city after he sustained four gunshot wounds to the chest when Israeli forces attacked the western Al-Ain refugee, according to Tarif Ashour, the Health Ministry's media coordinator.

Scores of Palestinians have also been injured in clashes with Israeli forces during attacks on several parts of the occupied West Bank using live ammunition, rubber bullets and teargas.

The Israeli raids on the occupied West Bank come as part of a search operation for three Jewish settlers who had gone missing earlier this month from a Jewish-only West Bank settlement.

Following the clashes, hundreds of angered Palestinian young men attacked Ramallah's police station to protest against the absence of Palestinian Authority security forces from the scene.

The protesters destroyed a number of Palestinian police vehicles and hurled rocks at the police station, to which police forces responded with gunfire, injuring several protesters.

"They exist just to serve the occupation rather than protect us," he added.

Tensions in the Palestinian territories have run high since three settlers went missing from the Jewish-only Gush Etzion settlement bloc, located near the southern West Bank city of Hebron.