Two Palestinians have been shot dead in occupied Palestine. 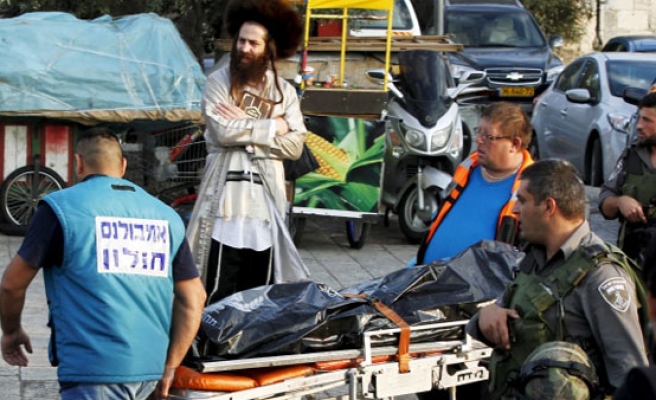 Israeli soldiers and a settler shot dead two Palestinians who tried to stab Jews in separate incidents in annexed east Jerusalem and the occupied West Bank on Saturday, the army and police said.

In the first attack at just before 0600 GMT, a Palestinian tried to stab an Israeli settler in the centre of the West Bank city of Hebron near a Jewish enclave where 500 settlers live under army protection surrounded by nearly 200,000 Palestinians.

The settler responded by opening fire on his assailant, the army said, adding that the Palestinian had tried but failed to wound the Jewish man.

Palestinian sources identified the assailant as 18-year-old Fadel al-Kawatsmi and confirmed his death.

Minutes later in Israeli-occupied east Jerusalem, a second Palestinian was shot and killed by Israeli forces when he tried to stab a soldier at a checkpoint, police said.

Police spokeswoman Louba Samri said the Palestinian, who was not immediately identified, was killed on the spot after he tried to stab the soldier in the Israeli settlement neighbourhood of Armon Hanetsiv, also known as East Talpiot.

Israeli security forces have deployed massively in Jerusalem after two weeks of Palestinian attacks in the city and across Israel.

Seven Israelis have been killed and dozens wounded in the violence so far, while nearly 40 Palestinians have died and hundreds more been wounded in clashes.

The violence has sparked fears that a third Palestinian intifada, or uprising against Israeli occupation, could break out.

The latest incidents come a day after Palestinians called for a "Friday of revolution" against Israel.

They also follow a Thursday night arson attack on Joseph's Tomb, a shrine in the West Bank city of Nablus which many Jews believe to be the final resting place of the biblical patriarch Joseph.

The shrine, where Muslims believe an Islamic cleric, Sheikh Yussef (Joseph) Dawiqat was buried two centuries ago, is under Palestinian control.

The violence began on October 1, when a suspected cell of the Islamist movement Hamas murdered a Jewish settler couple in the West Bank in front of their children.