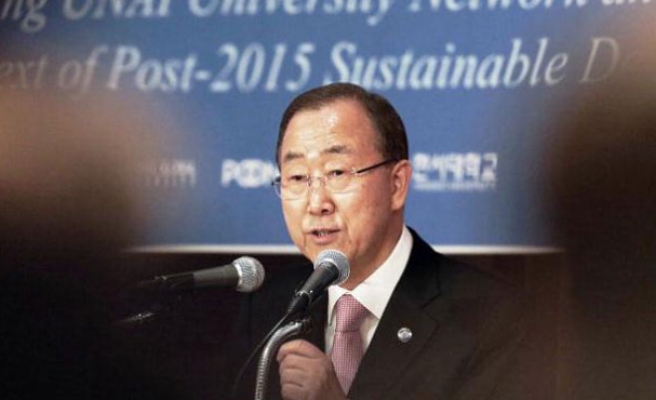 UN Secretary-General Ban Ki-moon on Sunday warned of a dangerous escalation in Jerusalem and the West Bank following attacks and appealed for calm.

The two men were killed by a Palestinian said to be an Islamist militant who also wounded a woman and a toddler in a knife and gun attack in the Old City.

"Recalling the recent deadly attack on another Israeli family in the occupied West Bank, and in light of the wave of extremism and violence sweeping the region, the secretary-general is deeply concerned that these latest incidents signal a dangerous slide toward escalation," said a statement.

Ban said he was "deeply troubled" by statements from Palestinian militants, including Hamas praise for the attacks.

He "urges all leaders to condemn violence and incitement, maintain calm and to do everything they can to avoid further escalation."

There have been fears that the sporadic violence could spin out of control, with some warning of the risk of a third Palestinian intifada, or uprising.

Israeli Prime Minister Benjamin Netanyahu was to return from the United States on Sunday and hold consultations with Defense Minister Moshe Yaalon. His security cabinet is also to meet on Monday.