UN chief calls for return to path on two-state solution 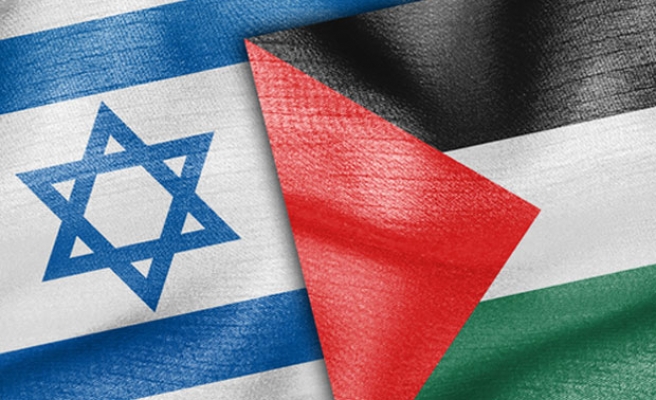 A two-state solution between Palestinians and Israelis is the only viable way to end the decades-long conflict, UN Secretary-General Ban Ki-moon said Monday.

"Violence will only undermine the legitimate Palestinian aspirations for statehood and the longing of Israelis for security," Ban said in a video message to Palestinians and Israelis.

More than 40 Palestinians and eight Israelis have been killed in a growing unrest that flared last month when Israeli authorities launched a crackdown on Palestinians at Al-Aqsa Mosque complex, which is Islam’s third-holiest site, while allowing groups of extremist Jewish settlers to enter the site in large numbers.

Ban urged leaders on both sides to renew commitment about pursing the two-state solution, which he termed as "the only solution capable of durably stanching the bloodshed, the hatred and the fear of even greater conflict".

The UN-proposed two state model envisages the creation of an independent Palestinian state within pre-1967 borders, alongside Israel.

"To the youth of Palestine I say: I understand your frustration. I know your hopes for peace have been dashed countless times," Ban said in his message, adding that the Palestinian youth should turn their frustrations into "a strong, but peaceful, voice for change".

"To the leaders and people of Israel: Let me say, I appreciate your genuine concern about peace and security. I also understand the anger many Israelis feel," Ban said. "But walls, checkpoints, harsh responses by the security forces and house demolitions cannot sustain the peace and safety that you need and must have."

He also urged both communities to "not allow the extremists on either side to use religion to further fuel the conflict".

"Non-violence requires more courage and strength than violence. At this difficult time, let us say 'enough is enough.' Let us stop the posturing and brinkmanship," Ban added.