Patrick Cammaert, a retired Dutch general and former force commander of the U.N. peacekeeping mission in eastern Democratic Republic of the Congo, will head the investigation 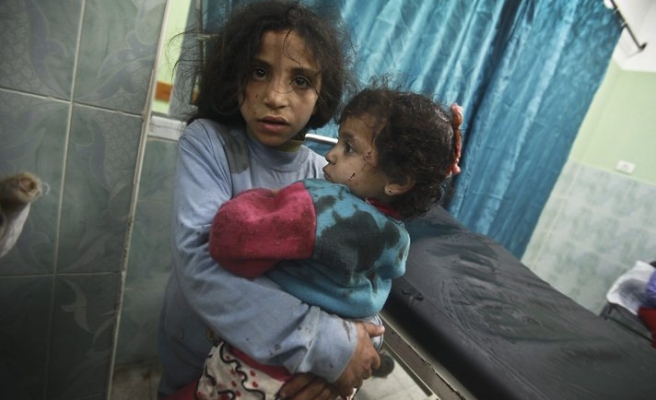 U.N. Secretary-General Ban Ki-moon on Monday named a retired Dutch general to head an inquiry into attacks on United Nations facilities during Israel's recent attacks in the Gaza Strip and the use of U.N. sites to store weapons.

U.N. spokesman Farhan Haq told reporters the investigation would be "an internal and independent United Nations Headquarters Board of Inquiry into certain incidents that occurred in the Gaza Strip between July 8 and August 26, 2014."

The world body has said that tens of thousands of dwellings were damaged or destroyed in 50 days of onslaught and 108,000 people were left homeless in an impoverished, isolated territory.

In one incident, more than a dozen people were killed at a U.N. school during Israeli shelling. Israel has claimed fighters' use of U.N. facilities to store rockets as a reason for targeting them.

Haq said Patrick Cammaert, a retired Dutch general and former force commander of the U.N. peacekeeping mission in eastern Democratic Republic of the Congo, will head the investigation.

Other inquiry members will be Maria Vicien-Milburn of Argentina, Lee O'Brien of the United States, Pierre Lemelin of Canada and K.C. Reddy of India.

On the mandate of the investigation, Haq said "it will review and investigate a number of specific incidents in which death or injuries occurred at, and/or damage was done to United Nations premises.

"The Board will also review and investigate incidents in which weapons were found to be present on United Nations premises," he added. "The Secretary-General expects that the Board will enjoy the full cooperation of all parties concerned."

Israel's military in September opened five criminal investigations into its Gaza war operations, including attacks that killed four Palestinian children on a beach and 17 people at a U.N. school.

An estimated 20,000 homes were badly damaged or destroyed in the fighting and Gaza's power station and other major infrastructure were hit. Rebuilding could take years.

More than 2,100 Palestinians, most of them civilians, were killed during the Gaza war. Sixty-seven Israeli soldiers and six civilians in Israel were killed.