UN's Ban urges Israel to release Palestinians held without trial as 75 detainees are said to be in poor health and more are joining the strike. 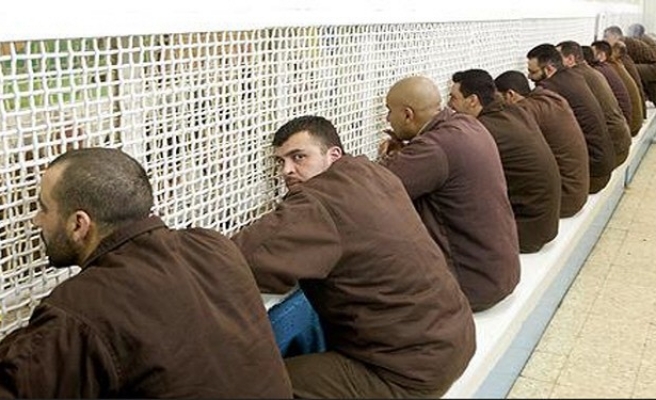 In a statement on Friday, Ban called on Israel to bring charges against the detained Palestinians or “release them without delay.”

Some 125 Palestinian prisoners -- “administrative detainees” protesting against being held indefinitely without trial – have been on hunger strike for more than six weeks.

A special UN human rights committee investigating Israeli practices on Palestinians has said the total number has gone up to 290 with new beginners since late April.

The committee expressed on Thursday “grave concerns” about the reported worsening health of more than 75 Palestinian detainees on hunger strike.

The special committee’s statement urged Israel “to heed the demand” of the hunger strikers, and “to end the practice of arbitrary administrative detention” of Palestinians.

“It is a desperate plea by these detainees to be afforded a very basic standard of due process: to know what they are accused of and to be able to defend themselves,” said the committee.

On the other hand, the committee stressed that international humanitarian law “only exceptionally allows” for the use of administrative detention.

“Initial administrative detention orders of six-month periods can be renewed an indefinite number of times without producing charges,” the committee warned.

According to various Western media reports this year, around 5,000 Palestinians are being held in Israeli prisons, with nearly 200 of them ordered under administrative detention for security reasons -- without trial.