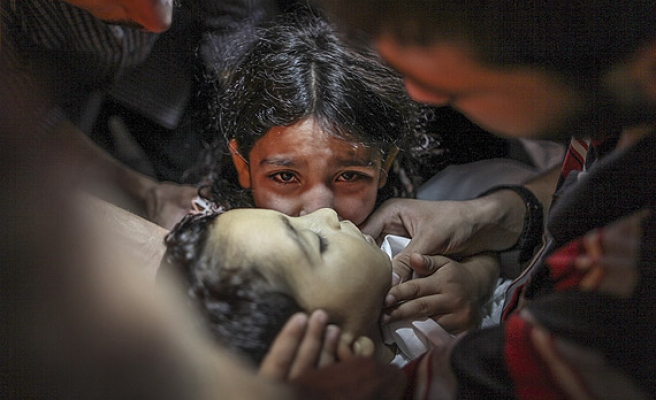 The panel's entry into Gaza – for the purpose of investigating human rights violations committed by Israel during this summer's military offensive on the Gaza Strip – was initially barred by Israeli authorities.

Maher Abu Sabha, head of the Palestinian border authority, told The Anadolu Agency that UN investigators would visit UN schools that had been targeted by Israeli warplanes during the offensive – despite the fact that displaced Palestinian families had sought refuge inside.

In July, the Geneva-based UNHRC ordered the formation of an "independent commission of Inquiry" tasked with investigating Israeli violations of international and human rights law in the Palestinian territories, with a focus on the war-battered Gaza Strip.

The decision came a few weeks before an August 26 cease-fire between Palestinian factions and Israel ended the latter's 51-day offensive on the Gaza Strip, which left 2,157 Palestinians dead and more than 11,000 injured.

The offensive also left thousands of Palestinian homes and public utilities in either total or partial ruin.

According to Israeli figures, at least 64 Israeli soldiers were killed in battles with Palestinian fighters in the embattled coastal strip, while three Israeli civilians were killed by Palestinian rocket attacks.

The Israeli government, however, has refused to cooperate with the committee, following accusations of bias by the Israeli foreign minister against the committee, which is led by Canadian international law professor William Schabas.

Schabas has voiced criticism of the Israeli government in recent years, including comments suggesting that Israeli Prime Minister Benjamin Netanyahu and President Shimon Peres should be prosecuted before the International Criminal Court.