Mary McGowan Davis, already a member of the independent commission of inquiry on Gaza and a former justice of the Supreme Court of New York, will replace Canadian academic William Schabas 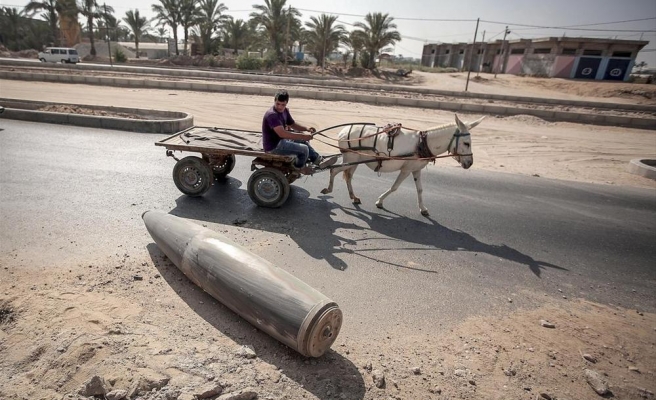 A U.N. inquiry into possible war crimes in the Gaza conflict will produce its report on time next month, officials said on Tuesday, brushing aside a demand from Israel's prime minister to shelve it after the chairman resigned.

It marked the latest chapter in fraught relations between Israel and the main U.N. rights forum, which the Jewish state and its ally Washington accuse of bias against Israel. Activists voiced concern that Israel was trying to derail the inquiry.

Mary McGowan Davis, already a member of the independent commission of inquiry on Gaza and a former justice of the Supreme Court of New York, will replace Canadian academic William Schabas, a United Nations statement said.

"Her work will necessarily involve reviewing the commission of inquiry's work to date and ensuring that it impartially fulfils its important mandate," Philippe Dam of Human Rights Watch told Reuters. "We hope all parties will cooperate fully."

Schabas said on Monday he would resign after Israeli allegations of bias due to consultancy work he did for the Palestine Liberation Organisation.

Netanyahu said in a statement that following the resignation, publication of the report ought to be shelved and that the Hamas group ruling Gaza should be investigated rather than the Jewish state.

More than 2,100 Palestinians, most of them civilians, 67 Israeli soldiers and six civilians in Israel were killed in last summer's conflict. The U.N. investigation, due to issue its report on March 23, is investigating violations by both sides.

Schabas' resignation followed a letter from Israel's U.N. envoy in Geneva, Eviatar Manor, to Human Rights Council President Joachim Ruecker of Germany decrying what he called a "blatant conflict of interest" and Schabas' prior relationship with the Palestinians. Manor demanded his immediate dismissal in the Jan. 30 letter, made public on Tuesday.

Israel announced some months ago that it would not cooperate with the inquiry, calling it a "kangaroo court". Alleging bias, it had previously boycotted the 47-member state forum for 20 months, returning in October 2013.

Schabas said in a letter to Ruecker he had been paid $1,300 for a legal opinion to the PLO in Oct. 2012, but that he had acted with full "independence and impartiality" as chairman.

"The President respects the decision of Professor Schabas and appreciates that in this way even the appearance of a conflict of interest is avoided, thus preserving the integrity of the process," Ruecker said in a statement.

Investigators were "now in the final phase of collecting evidence from as many victims and witnesses as possible from both sides", he said.

The inquiry was set up by the Geneva forum last July at the Palestinians' request.. Its other member is veteran investigator Doudou Diene of Senegal.

Schabas, in his letter, said he had not been asked to provide any details of his past activity concerning Palestine and Israel. His curriculum vitae and blog were public, he said.