"The Israeli siege on Gaza must be lifted to allow the delivery of proper medical care and end patients' suffering," the UN's coordinator for humanitarian affairs in the Palestinian Territories asserted. 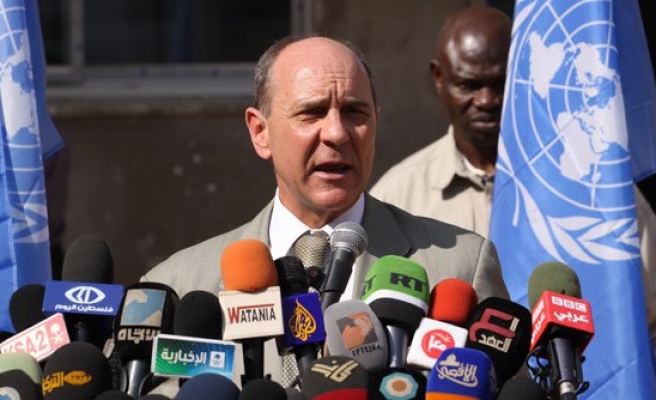 James Rowley, the UN's coordinator for humanitarian affairs in the Palestinian Territories, called on Tuesday for lifting the years-long siege of the Gaza Strip and for rebuilding areas damaged during Israel's devastating military onslaught on the strip last summer.

"The siege on the Gaza Strip has taken a significant toll on the strip's ability to provide medical and humanitarian services," Rowley said at a press conference held in Gaza's Al-Shifaa Hospital.

"The Israeli siege on Gaza must be lifted to allow the delivery of proper medical care and end patients' suffering," Rowley asserted.

He urged the Egyptian government to open the Rafah border crossing "to allow the transfer of patients and medical supplies" into the blockaded enclave.

The UN official also called on countries that had earlier pledged to fund Gaza reconstruction efforts to make good on their promises.

Last October, attendees of a Cairo donors' conference pledged a total of $5.4 billion to the embattled Palestinians, almost half of which was earmarked for the reconstruction of the war-battered Gaza Strip.

Blockaded by Israel – by air, land and sea – since 2007, the Gaza Strip has seven border crossings linking it to the outside world.

Six of these crossings are controlled by Israel, while a seventh – the Rafah crossing – is controlled by Egypt, which continues to keep it tightly sealed for the most part.

Israel sealed four of its commercial crossings with Gaza in June 2007 after Hamas wrested control of the coastal territory from the Ramallah-based Palestinian Authority.

As it currently stands, Israeli authorities only allow the Kerem Shalom crossing – which links Gaza to both Israel and Egypt – to operate, and that for commercial purposes only.