U.N. runs out of money to repair Gaza war-damaged homes

"People are literally sleeping amongst the rubble, children have died of hypothermia," Gaza director of operations for the UNRWA said in a statement. 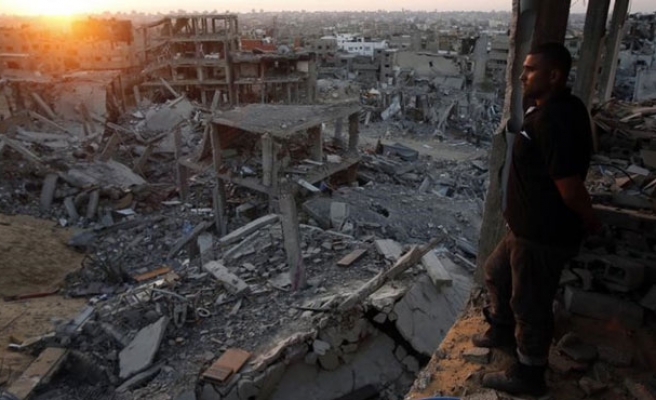 The main U.N. aid agency in the Gaza Strip said on Tuesday a lack of international funding had forced it to suspend payments to tens of thousands of Palestinians for repairs to homes damaged in last summer's war.

"People are literally sleeping amongst the rubble, children have died of hypothermia," Robert Turner, Gaza director of operations for the United Nations Relief and Works Agency (UNRWA), said in a statement.

He said UNRWA received only $135 million of the $720 million pledged by donors to its cash assistance programme for 96,000 refugee families whose homes were damaged or destroyed in the 50-day conflict between the Hamas Islamist movement and Israel.

"It is unclear why this funding has not been forthcoming," Turner said, without identifying where the shortfall was coming from. "While some funds remain available to begin the reconstruction of totally destroyed homes, the agency has exhausted all funding to support repairs and rental subsidies."

So far, he said, UNRWA has provided more than $77 million to 66,000 families to repair their homes or find temporary alternatives, but now due to a lack of funds the agency "has been forced to suspend its cash assistance programme".

Little of the total $5.4 billion pledged for Gaza's reconstruction at a Cairo conference of international donors last October has reached the territory, and thousands of Palestinians have been sheltering in tents near destroyed homes.

Thousands more have been living in damaged buildings, using plastic sheeting to try to keep out the rain. Around 20,000 displaced are still being housed in U.N.-run schools.

Hamas and other factions have warned that fighting with Israel could resume unless rebuilding was stepped up.

"People are desperate and the international community cannot even provide the bare minimum - for example a repaired home in winter - let alone a lifting of the blockade, access to markets or freedom of movement," Turner said.

He said UNRWA urgently required $100 million in the first quarter of 20015 to repair minor damage to homes and for rental subsidies.

Egypt and Israel maintain a Gaza blockade, with both countries citing security concerns for the restrictions.

Israel tightly monitors import of construction materials into the enclave, saying Hamas could use the supplies to rebuild cross-border tunnels through which militants attacked.

Internal political fighting between Hamas and the Western-backed Palestinian Authority, which was to have overseen such shipments has also been a major factor in reconstruction delays.