The murder 'was a gruesome, immoral and unjust act that can only fuel more violence and escalate an already volatile situation,' top UN official says 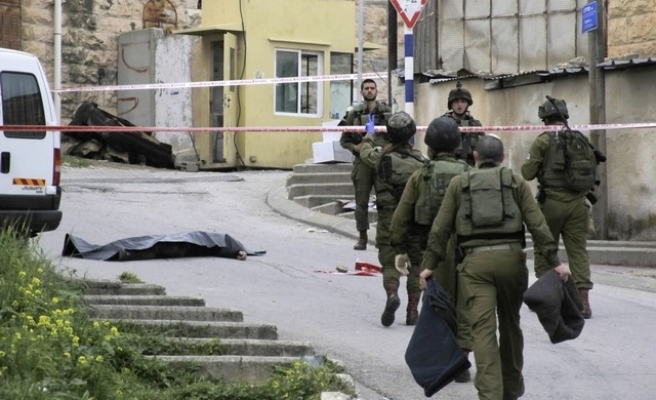 The United Nations condemned on Friday the "gruesome" killing of a wounded Palestinian by an Israeli soldier in the occupied West Bank, after a video of the death spread widely online.

"I strongly condemn yesterday's apparent extra-judicial execution of a Palestinian in Hebron in the occupied West Bank," UN Special Coordinator for the Middle East peace process Nickolay Mladenov said in a statement.

"This was a gruesome, immoral and unjust act that can only fuel more violence and escalate an already volatile situation."

He welcomed, however, Israeli Defence Minister Moshe Yaalon's condemnation of the incident and called on the Israeli authorities to "swiftly bring to justice" the alleged perpetrator.

The Israeli army on Thursday arrested a soldier caught on video shooting a wounded Palestinian in the head as he lay on the ground after stabbing another soldier, his knife lying beyond his reach.

The clip, which was widely shared online and shown by various Israeli TV channels, shows what appears to be one of the most flagrant cases of Israeli forces' alleged use of excessive force so far in the wave of Israeli-Palestinian violence that erupted in October.

The incident was immediately condemned as an "execution" by Israeli rights group B'Tselem and as a "war crime" by Palestinians.

The incident also fired up Israeli politicians and added heat to the debate over Israeli forces' response to the current wave of violence which has left 200 Palestinians and 28 Israelis dead.

Former foreign minister Avigdor Lieberman defended the shooting, saying it was "hypocritical and unfair to gang up against the soldier."

"Better a soldier who makes a mistake but stays alive than a soldier who gets killed by a terrorist because he hesitated," he said.

"Morally speaking, a terrorist who tried to murder Jews deserves to die," said Bezalel Smotrich, an MP from the far-right Jewish Home party.