US considers all Israeli settlements 'illegal'

Kerry said recent develops showed “the importance of… getting to the table quickly and resolving the questions with respect to settlements, which are best resolved by solving the problems of security and borders." 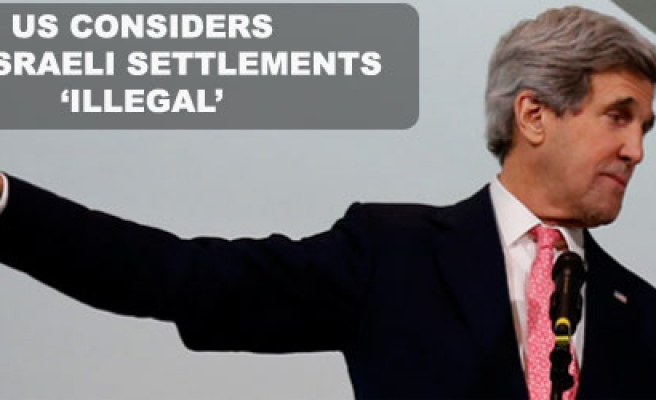 Speaking at the press conference in the Colombian capital Bogota, where he was visiting within his South America tour, Kerry stated that Israel's latest decision, which was somehow expected, would not be an obstacle to the second round of Israeli-Palestinian negotiations.

"Once you have security and borders solved, you have resolved the question of settlements."

The US Secretary of State, John Kerry, said that the United States of America considers all Israeli settlements illegal.

Mr. Kerry urged Palestinians not to react adversely after the Israeli announcement of intentions to build new settlements units in the West Bank and East Jerusalem, asserting the essential need to quickly return to the negotiations table.

Kerry pointed out that he met Israeli justice minister Tzipi Livni, who also accompanies Tel Aviv's negotiation team, and emphasized that the latest developments required the talks to resume as soon as possible.

Calling on the sides to avoid provocative actions and behave prudently, he said the settlement problem would be solved as security and border issues were solved.