State Department spokeswoman Jen Psaki said the step would also send a "troubling message" if the Israeli government proceeded with tenders and construction. 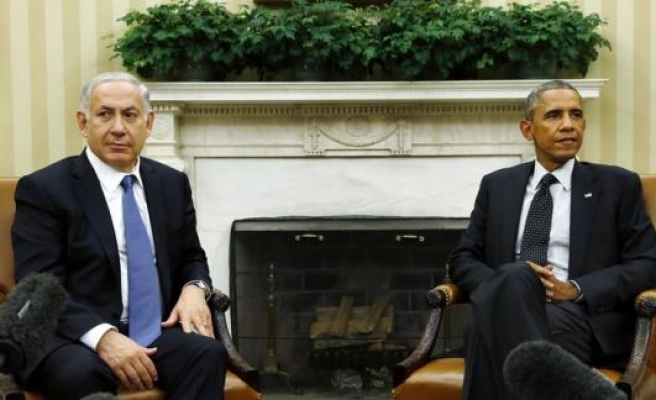 Meeting for the first time in eight months, the two leaders, who have a history of strained relations, avoided any direct verbal clash during a brief press appearance and even seemed in sync over the fight against ISIL militants.

But they were unable to hide their differences on some of the issues that have stoked tension between them.

Within hours of the talks, both the White House and State Department blasted Israel's housing decision, reported by the anti-settlement watchdog Peace Now, to move forward on the settler housing project slated for construction since 2012.

State Department spokeswoman Jen Psaki said the step would also send a "troubling message" if the Israeli government proceeded with tenders and construction.

"This development will only draw condemnation from the international community, distance Israel from even its closest allies, poison the atmosphere not only with the Palestinians but also with the very Arab governments with which Prime Minister (Benjamin) Netanyahu said he wanted to build relations," Psaki told a briefing.

In addition, it would "call into question Israel's ultimate commitment to a peaceful negotiated settlement," she added.

White House spokesman Josh Earnest declined to speculate whether disclosure of the settlement plan was timed for Netanyahu's Washington visit.

The Obama administration has repeatedly urged a halt to settlement expansion.

Israel annexed East Jerusalem after its capture in the 1967 war, when the West Bank and Gaza were also seized. Israel regards all of Jerusalem as its capital, a claim not recognized internationally.

Bring Israel in front of the International Criminal Court for war crimeshttp://www.sgoal.org/Bring-Israel-in-front-of-the-International-Criminal-Court-for-war-crimes