Officers can be seen yelling, cursing at and verbally abusing 13-year-old while demanding that he confess to stabbing Israeli 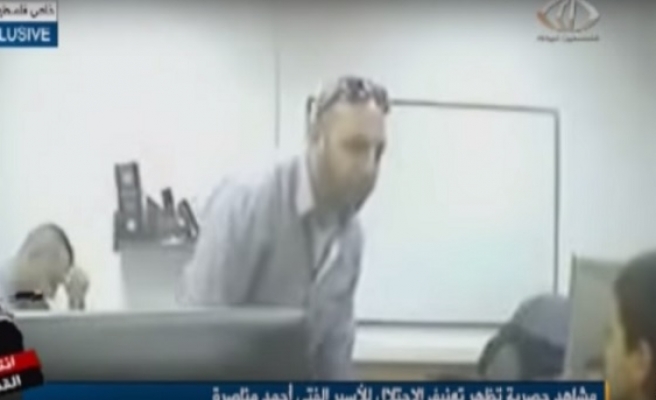 A leaked video obtained by a Palestinian television channel has sparked outrage after Israeli officers were captured on camera harshly interrogating a Palestinian minor, prompting the latter to eventually break down in tears.

The Israeli officers can be seen yelling, cursing at and verbally abusing 13-year-old Ahmad Manasra while demanding that he describe how he stabbed an Israeli near the Jewish-only Pisgat Zeev settlement in occupied East Jerusalem.

Manasra eventually breaks down in tears, insisting that he did not remember anything.

At the beginning of the video, an Israeli officer is shown shouting and raising his hand threateningly at the child.

"You are a liar!" the officer yells. "I’ll show a video how you stabbed and ran after an Israeli."

Manasra, for his part, tells the officers that he had called his lawyer, who, he says, would arrive in 10 minutes.

One of the officers, however, replied that he "knows the law" and would begin the interrogation immediately.

The officers in the video then accuse the child of stabbing an Israeli and "aiding the enemy" during the "war" -- an apparent reference to a weeks-long spate of violence that some are calling a new Palestinian "intifada" ("popular uprising") against Israel’s decades-long occupation.

Mansara responds by asking: "How did I get involved in a war?"

Later, one of the Israeli officers shows Manasra video footage on a computer and yells, "Why did you stab him with a knife?"

At this point, Manasra breaks down in tears and begins beating his head in frustration.

In a related incident on Tuesday, two Palestinian men were shot dead by Israeli security forces after allegedly trying to stab Israeli officers in the occupied West Bank and East Jerusalem.

According to the Israeli police, Mohamed Nimer, a 37-year-old Palestinian, was killed after attempting to stab an Israeli soldier near East Jerusalem’s Al-Amoud Gate.

Another Palestinian youth was reportedly shot dead after allegedly trying to stab an Israeli soldier at a checkpoint near the West Bank city of Bethlehem.

According to eyewitnesses, the Israeli army closed the checkpoint and prevented rescue workers from the Palestinian Red Crescent from treating the young man -- who soon succumbed to his injuries -- after he had been shot.

Tuesday's deaths bring the total number of Palestinians to have been killed by Israeli forces since October 1 to 82, including 17 children, according to the Palestinian Health Ministry.