Built in 1452 and ruined in the 18th century, the minaret and the wall of Ebul Feth Mosque is standing. Expected to be restored again, the elite group is opposing. 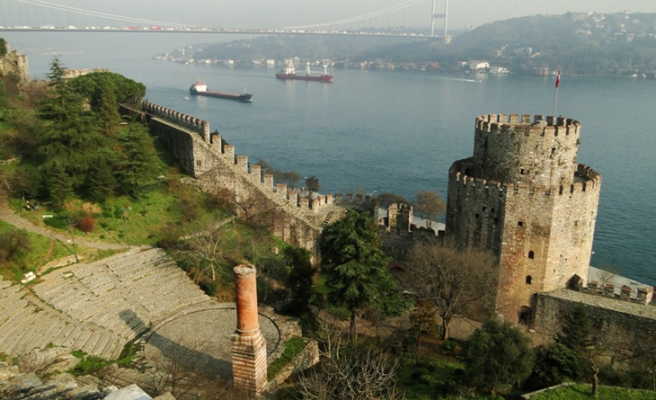 Built in 1452 and ruined in the 18th century, the minaret and the wall of Ebul Feth Mosque is standing. Expected to be restored again, the elite group is opposing.

One of the buildings in “Rumeli Hisari” where Fatih Sultan Mehmet physically worked to build it is “Hisarici Mosque” or with the well known name “Ebu'l-Feth Camii”. Only the minaret and the main walls of this mosque has been able to last until now, which was built in 1452 and ruined in the 18th century.

It is the first mosque in Istanbul which Fatih has built and prayed, together with his soldiers, teachers and viziers. It is also one of the symbols for the “conquering spirit”. In the last phase of the Ottoman empire it was left for its destiny and in the republican period, spiritually and historically important, “Ebu'l-Feth Mosque” was sacrificed for the construction activities after 1950s also used as “open-air theater” and “concert hall” for decades despite the harm given to it.

Process of converting the mosque and its remains into an “open-air theater” began 62 years ago.  With the request of the President at the time, Celal Bayar, the restoration of Rumeli Hisari was decided and the role was given to the Topkapi Palace Museum management. The principles of the restoration was determined by a committee, established for restoration. These principles were published by the manager of Topkapi Palace Museum at the time, Haluk Y.Şehsuvaroğlu. One of these principles were regarding “Ebu'l-Feth”, in other words “Hisariçi Camii”: “The walls and foundations will be unveiled and the minaret will be repaired. The cistern beside it will be repaired and improved.”

In accordances to these principles, the restoration began with the renovation of the existing walls and towers. Selma Emler, Cahide Tamer and Mualla Eyüboğlu were the architects. The principle “loyalty to originality” was emphasised. “Our intention is to maintain the original structure of the buildings. For this reason we have experimented the mortar we plan to use, we tested 25-30 different mortars. We looked at the suitability to the original and the durability. We are working carefully not to spoil the originality of the structure.”, says Selma Emler. “The essence of a restoration is to repair without changing the ambiance of it. So of course we consider this for the fortress”, added Cahide Tamer, pointing to the same purpose. In this process, thirty buildings in the neighbourhood located in the fortress was expropriated and destroyed. So the little town that was ongoing since the conquerer surrounded by the walls has been destroyed.

So the transformation of the “conquering symbol”, the first mosque, into a “open-air theatre” and “concert field” after this expropriation and demolition. With the proposal from Muhsin Ertugrul and Monuments Board's approval a theater stage is built inside the fortress for the purpose of “promotion and to ensure keeping it alive”. In the “Arkitekt, Architecture, Urban Planning and Municipal Magazine” published in 1960 with the issue number 299 the reason for building the amphitheater was expressed as “to perform Mehter show, national dances and shows in the national days”.

Therefore, the principles “loyalty to the originality” and “protecting the original look of the buildings without ruining the originality” was ignored. “Ebu'l Feth Mosque” could not be built according to the original due to the lack of image belonging to the previous periods of it apart from “Albert Gabriel's Restitution” 1890-1900 and remains of the map of 1917. But instead of protecting  the current form because of the historical and spiritual memories and importance of it, it has been chosen as a stage/concert area and was allocated to entertainment needs. In 1957 a competition was organised to build routes internal and external for the fortress garden to become a convenient place for the public to visit. The winning project of the competition was the project of Dogan Tekeli, Sami Sisa and Metin Hepguler. With the implementation of the project, the opening of the new fortress was made on 29th May 1958, the 505th anniversary of the conquering of Istanbul. 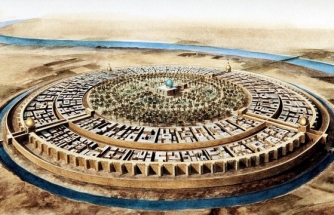 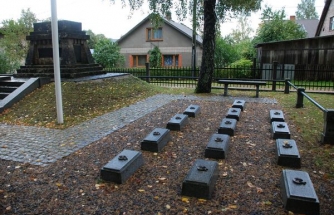 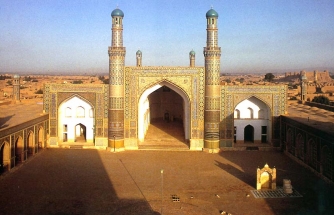 Clock Towers: An Ottoman Heritage from the Balkans to the Middle East
Facebook
850.6B
Twitter
0
POOLAll Pools
PRAYER TIMES