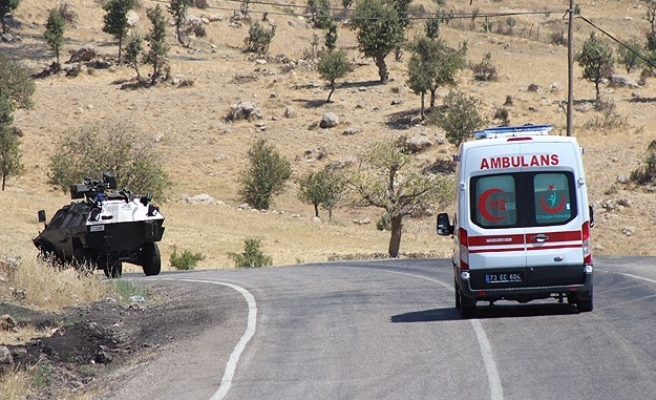 A Turkish soldier was killed and four others were injured in an attack on a security post by suspected Kurdistan Workers’ Party (PKK) militants in Turkey's southeastern Sirnak province on Friday night, security sources said on Saturday.

The post was located in Sirnak's Beytussebap district close to the Turkish-Iraqi border. The assailants had used rocket launchers and long-barreled weapons in the attack, the sources added.

Captain Ali Alkan had succumbed to his injuries at a local hospital. The four soldiers injured in the attack were still under treatment.

An operation to nab the suspects was currently underway in the area.

The PKK’s renewed campaign against the Turkish state has seen more than 40 security force personnel martyred since a mass-casualty bombing linked to ISIL on July 20 in Suruc.

PKK has been designated a terrorist organization by Turkey, the U.S. and the EU.