At least 14 officers have been killed in a bomb attack on a police minibus in Igdir, a province in eastern Turkey, a government official says 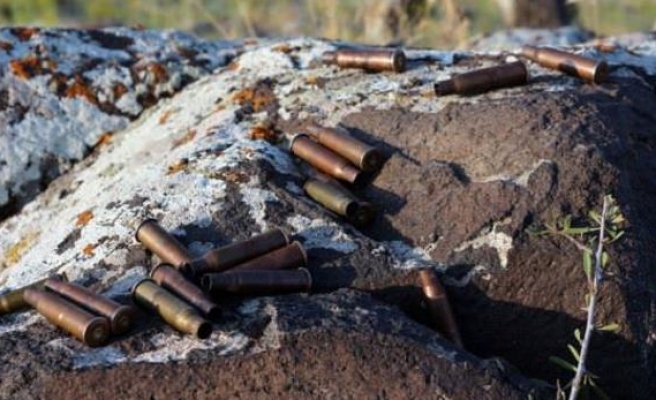 At least fourteen police officers were martyred and two others wounded in a roadside bomb attack staged by the Kurdistan Workers Party (PKK) fighters on Tuesday, security sources said.

Police were escorting customs officials during their work commute in eastern Igdir province when terrorists detonated the explosives, according to the sources.

At the time of the attack, police were passing through Hasanhan village that lies on the road to Dilucu Border Gate on the Turkey-Azerbaijan border, sources added.

Twelve policemen died at the scene, while four others were wounded. However, two among the injured lost their lives in hospital, bringing the death toll to fourteen.

The incident comes after Sunday's bomb attack by PKK terrorists that resulted in 16 soldiers being martyred in Hakkari, in what was the deadliest such attack since the PKK renewed its armed offensive at the end of July.

The Stalinist ideology based PKK, designated as a terrorist organization by Turkey, the U.S. and EU, relaunched an armed campaign against the Turkish state in the aftermath of the July 20 suicide bombing in Sanliurfa province’s Suruc district that killed 34 people.