The primary school teachers will also be provided with training for the games and physical activities that form the main part of the curriculum for the first grade this year. 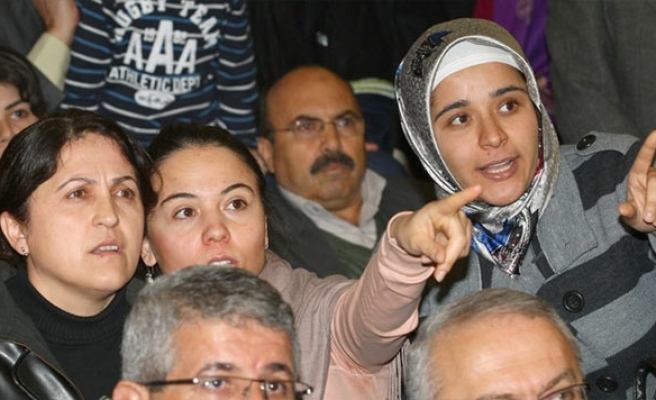 The Education Ministry has announced that some 460,000 teachers will undergo in-service training for four days on a new education system, popularly known as the “4+4+4” system.

The recent education law increased the duration of compulsory education from an uninterrupted eight years to 12 years, dividing it into three four-year stages -- primary school, middle school and high school.

The new curriculum for the new system was released by the Education Ministry on its website on Wednesday, with approximately two weeks to go before the beginning of the 2012-2013 school year, which is scheduled to start on Sept. 17 for all primary, middle and high school students, with the exception of first graders, who will start on Sept. 10. The Education Ministry is preparing to offer in-service training courses to 459,756 teachers who have been complaining that they don't know enough about the new education reform and that not much time is left before the start of the new school year. The training courses will be provided between Sept. 3 and 7 for the new 4+4+4 education system.

A total of 218,305 of these teachers who will receive the training will be primary school teachers, who will now start to teach children as young as five-and-a-half years, the age at which education has become mandatory with the recent education reform.

These training courses will start at 9:00 a.m. in the morning and will end at 12:10 p.m. each day during the four-day training program. The teachers will be provided with the training from a central location via the interactive videoconferencing systems at the schools in which they are working. As well as 218,305 primary school teachers, 40,504 pre-school teachers and 200,947 subject teachers will also receive this training program provided by the Education Ministry.

The teachers will be informed mainly about the recent 4+4+4 education system and the basics of its implementation during the program. These teachers will also be trained on another recent educational project, titled the Movement to Increase Opportunities and Technology (FATİH), which seeks to integrate state-of-the-art computer technology into Turkey's public education system. The inauguration ceremony for the project took place on the first day of the second term of the 2011-2012 academic year.

The primary school teachers will also be provided with training for the games and physical activities that form the main part of the curriculum for the first grade this year.