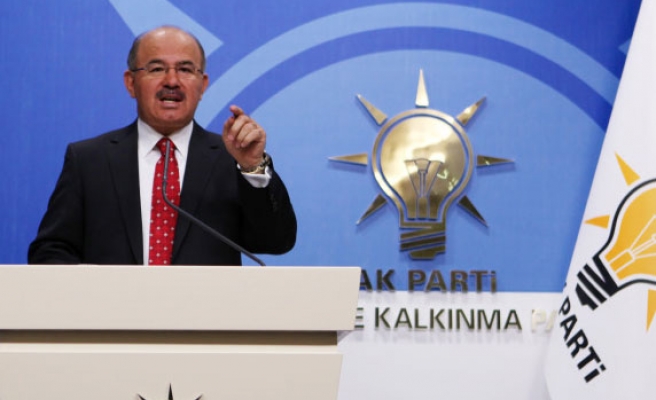 Deputy Chairman of Turkey's ruling Justice and Development (AK) Party Huseyin Celik said on Tuesday that the government never intervened or would intervene to regulate people's way of clothing, or way of leading their lives.

Speaking to Anadolu Agency, Celik responded to the questions over news regarding his criticisms directed at a low-cut dress of a female TV host in which he said "extreme acts or behaviours are not welcomed by the community."

"We have never intervened people's way of dressing, or way of leading their lives and we will never," he noted.

Celik added that he believed he had "the right, as an individual and politician, to criticize something extreme and eccentric."

He described it as an "unnecessary worry" to think the freedom of dress would lead to "extremism".

As part of a reform package announced by Prime Minister Recep Tayyip Erdogan last week, the government lifted a ban on decades-long headscarf in government offices.

Erdogan said the ban "violated the freedom of thought and faith, right to employment, and included discrimination."

The removal of the ban excludes members of the Turkish Armed Forces, the police force as well as judges and prosecutors.