European Union Affairs Minister and chief negotiator Egemen Bağış has said that his Monday iftar dinner could be his last as EU minister. 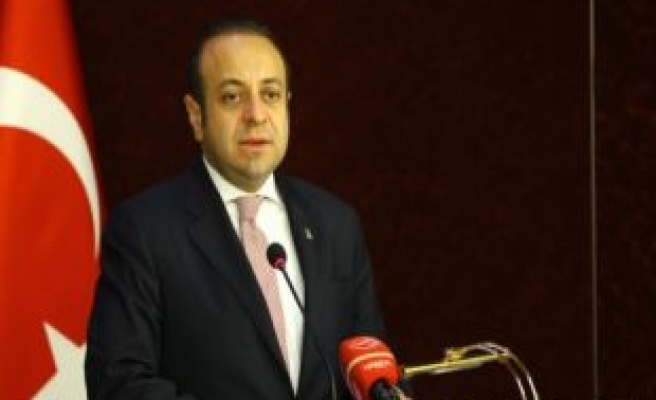 European Union Affairs Minister and chief negotiator Egemen Bağış has said that his Monday iftar dinner could be his last as EU minister.

A heavy downpour interrupted the iftar at the Cer Modern arts center's garden, which was hosted by the Ministry of EU Affairs in Ankara and brought together religious leaders of different faiths, ambassadors of EU countries, and employees of the Turkish Accreditation Agency and Turkish National Agency as well as media institutions.

The yearly dinner then moved into the Cer Modern. In his speech, Bağış said: “At the next fast-breaking event, I may not be with you. That is why I ask for your blessing. During my term as minister, if I hurt or offended someone unintentionally, I beg their pardon, relying on their understanding.”

Responding to widespread speculation that his words were a farewell, on Monday Bağış tweeted, “We are on duty.”

When reporters asked whether he intended to run for mayor of İstanbul after the dinner, Bağış said, “There is a rule in the Justice and Development Party [AK Party] that we won't be a candidate for a position but we will be assertive in our duties that we are assigned to. I will fulfill all of my duties.”

Bağış said he would continue to work on Turkey's EU bid no matter what happened and regardless of his title.

Addressing a military coup in Egypt that overthrew the country's first democratically elected leader on July 3, the minister said that freedom and the people can't be restrained with tanks, rifles or the interests of large nations because justice will triumph sooner or later. “The EU taking action against the Egyptian coup at Turkey's urging shows that all great minds think alike,” he said.

At first, the EU refused to call the events in Egypt a “military coup.” On Sunday, however, EU foreign policy chief Catherine Ashton urged interim authorities to prevent politically motivated arrests and other forms of harassment. “All political detainees must be released, and criminal cases reviewed swiftly in a transparent manner,” she said.