In a bid to prompt the AK Party government to take steps towards democratization as part of the ongoing settlement process aimed at resolving the country's conflict between the PKK and state, the BDP will launch “standing man” protests. 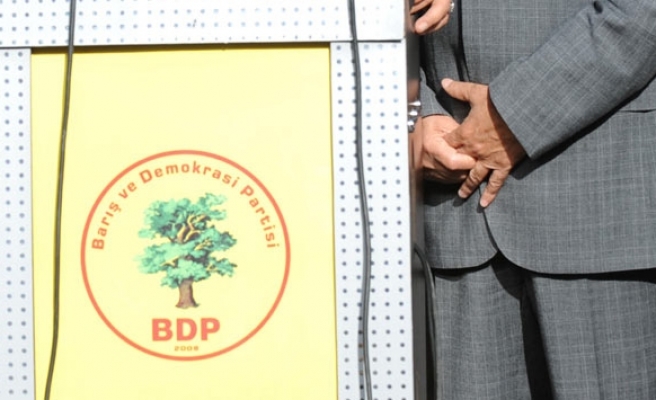 In a bid to prompt the Justice and Development Party (AK Party) government to take steps towards democratization as part of the ongoing settlement process aimed at resolving the country's conflict between the PKK and state, the pro-Kurdish Peace and Democracy Party (BDP) will launch “standing man” protests in three İstanbul neighborhoods on July 21.

“Standing man” protests first came to public attention last month when a Turkish man named Erdem Gündüz stood silently for eight hours facing the Atatürk Cultural Center, without moving or speaking, in the middle of Taksim Square, the flashpoint of days-long protests, in a show of solidarity with the Gezi Park protesters.

Gündüz was eventually joined by hundreds of others in similar protests across the country.

The BDP will hold “standing man” protests in the Kadıköy, Taksim and Bağcılar neighborhoods.

The goal of the protests, which are expected to spread across the country, is to accelerate the ongoing settlement process with the Kurdistan Workers' Party (PKK) without any confrontation with security forces.

T-shirts prepared by the BDP especially for these protests will include Kurds' demands such as the abolishment of the village guard system.

The BDP says since weapons have been silenced in the country and the PKK no longer resorts to any acts of violence, it is now the government's turn to take action to fulfill Kurds' demands.

However, there have been 47 reported acts by the PKK in the past 10 days, the latest being the kidnapping of 3 quarry operators on Tuesday.

The BDP demands include moves such as abolishment of the Anti-terrorism Law (TMK), amendment of some articles of the Turkish Penal Code (TCK), expansion of the right to assemble, recognition of cemevis (Alevi places of worship) by the state, education in the mother tongue, making necessary amendments to the Political Parties Law and release of ailing prisoners. The BDP has already submitted its demands to the government in a list.

The government has been sponsoring talks with the PKK for several months in order to resolve the country's long-standing conflict and Kurdish problems. As part of the process, the PKK, which has been waging a bloody war in the country's Southeast since 1984, has begun to withdraw from Turkish soil.