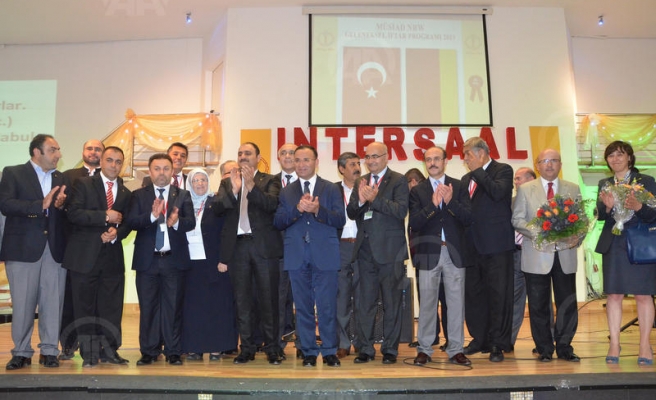 Turkish Deputy Prime Minister Bekir Bozdag said, "Do the police (in Germany) see democracy and human rights as something they can ignore when it comes to foreigners?"

"Turks, conscientious everywhere, objected this (German police's beating of Morroccans). As they objected, the police also assaulted them," said Bozdag, and added, "At Gezi events, there were lie and slander. We do not have any of them in this case. Police robs the people and does identitiy vetting in mid-day. In which part of the world, police can do that? So we have the right to ask, do the police (in Germany) see democracy and human rights as something they can ignore when it comes to foreigners?"

Referring to the National Socialist Underground's (NSU) murder of 8 Turks, Bozdag said, "Does it suit law to treat German and Turkish murderers differently?"

Bozdag talked about Turkey's political and economic success in the last 11 years, said, "Some circles abroad are disturbed by this."

Stating that around 6.5 millionTurks living abroad as sources of power for Turkey, were not only labor force any more but also businessmen as well, Bozdag showed MUSIAD as a concrete example of this situation.