Change in Article 35 welcomed, but not enough, says EU

The European Union said that further reforms to curb military influence in politics should follow the amendment of Article 35 of the Turkish Armed Forces (TSK) Internal Service Code, used as a pretext for military coups 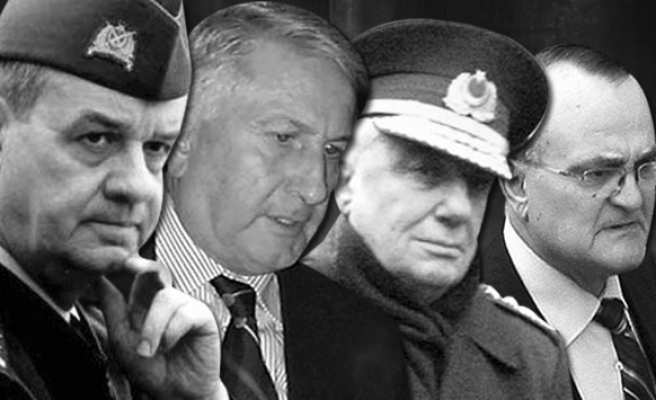 The European Union has expressed satisfaction regarding the amendment of Article 35 of the Turkish Armed Forces (TSK) Internal Service Code -- used as a pretext for military coups over the last 53 years -- but the EU made clear that this important step was not enough and that further reforms to curb military influence in politics should follow.

Article 35 entered the TSK's statutes after the coup of May 27, 1960. It was later cited as the legal basis for military interventions in March 12, 1971 and Sept. 12, 1980. The article says the military has a duty to “preserve and protect the Republic of Turkey.”

While welcoming the change, Stano said this was not enough. He further said reforms were necessary, particularly those “regarding the military justice system and civilian oversight of the gendarmerie.”

In the progress report, published last October, the commission said: “The duality between the civilian and military court systems continued. Military judges and prosecutors' independence was limited by the continued authority of military commanders over them. The legal provisions on the composition and powers of the Supreme Military Council need to be reformed, particularly the legal basis for promotions, to ensure appropriate civilian control. The chief of general staff continued to report to Prime Minister [Recep Tayyip Erdoğan] rather than the minister of defense. No change was made to the Internal Service Law for the Turkish Armed Forces, which defines the duties of the military and contains an article leaving the military significant potential scope for intervention in politics.”

There have been five military interventions in Turkey since the first multi-party parliamentary elections were held on May 14, 1950. Then-Prime Minister Adnan Menderes was toppled by a military coup in May 1960 and executed together with his two ministers in 1961. The second coup was engineered in 1971 to curtail freedoms deemed too expansive by the military. Generals intervened again in September 1980 and created the current constitution of 1982. In 1997, the military forced the first Islamic-leaning prime minister, Necmettin Erbakan, to quit. The event came to be known as a “post-modern coup.”

The last attempt came in April 2007, when former Foreign Minister Abdullah Gül was nominated for the presidency. The military made clear that it was against a president with a wife who wears a headscarf. The last attempt was unsuccessful. The Justice and Development Party (AK Party), after calling general elections, won 47 percent of the vote in July 2007 and elected Gül as the next president of the republic.