Some in Ankara suggest this might be the reason why the meeting has been put off, but CHP officials have been silent, saying the meeting issue is a personal matter between Aygün and Kılıçdaroğlu. 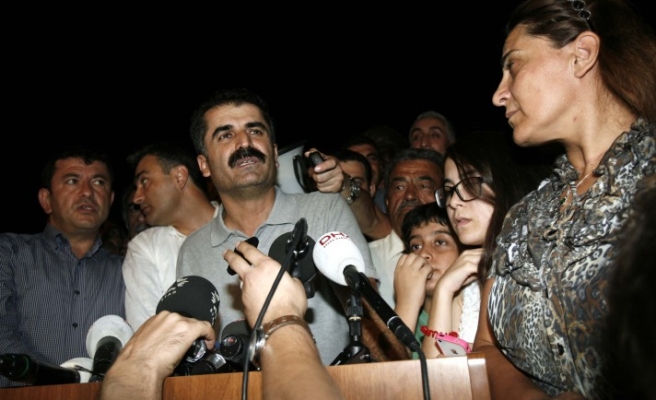 Republican People's Party (CHP) deputy Hüseyin Aygün, who was kidnapped and held hostage for two days by Kurdistan Workers' Party (PKK) militants last weekend, will not meet CHP leader Kemal Kılıçdaroğlu after the Eid holiday next week, a spokesperson for Aygün has said.

Aygün drew criticism from government members and deputies, as well as some inside the CHP, after his release, for not using the word “terrorists” to refer to the individuals who abducted him in his comments on the incident. He also said they were “respectful young men,” who wanted to “return home and lead normal lives.” Later, defending his remarks, he said the young militants of the PKK could not be compared to the organization's commanders or leaders.

Initiailly Kılılçdaroğlu said he supported Aygün's remarks, but it wasn't clear why he hadn't still met with Aygün as expected by Friday. The meeting was expected to have occurred after Aygün was to testify to prosecutors in Tunceli. He testified on Thursday, telling prosecutors that he was not going to file a complaint against his abductors. Some in Ankara suggest this might be the reason why the meeting has been put off, but CHP officials have been silent, saying the meeting issue is a personal matter between Aygün and Kılıçdaroğlu.

The deputy was in Nevşehir, visiting the Alevi district of Hacıbektaş on Friday. He didn't make any comments, but a press officer for Aygün said the first meeting between Aygün and Kılıçdaroğlu will take place after Eid. However, they gave no specific details as to the time and place of the meeting.

Meanwhile, Justice and Development Party (AK Party) Gaziantep deputy Şamil Tayyar, who initially attracted anger on Sunday -- the day Aygün was abducted -- when he tweeted that the kidnapping was a sham, criticized Kılıçdaroğlu on Friday for expressing his support for Aygün's words. He also claimed that Aygün was a PKK representative inside the CHP after his statements.

“There [during his days as a hostage] the PKK assigned a duty, a mission to Aygün. And he [Aygün] expressed [by his statement about his abduction] that he assumed the duty and got the message, and that he will work to fulfill this duty. We understand that Kemal Kılıçdaroğlu has made it official that the CHP is a spokesman for the PKK. And after his statements, Hüseyin Aygün is the PKK representative inside the CHP.”