The members of the commission will only have 15 days off during the summer, between July 15 and 30, and they will carry on with their work during the Muslim holy month of Ramadan, which starts on July 20. 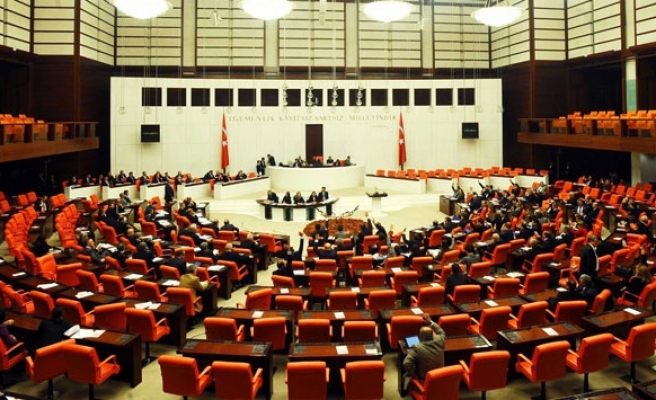 Members of Parliament’s Constitutional Reconciliation Commission have finished a quarter of their job by drafting one-fourth of the text required for a new constitution for Turkey.

The commission, comprising three deputies from four political parties represented in the Turkish Parliament, has been working non-stop although Parliament’s summer break has already started. The draft text is likely to be composed of 100 articles.

The members of the commission will only have 15 days off during the summer, between July 15 and 30, and they will carry on with their work during the Muslim holy month of Ramadan, which starts on July 20. The commission reconvenes in August.

Drafting a new constitution has been number-one on the agenda of the 24th legislative term of the Turkish Parliament. Headed by Parliament Speaker Cemil Çiçek, the commission aims to complete the first 27 articles under the section of individual rights and freedoms by July 15. The commission is still discussing the first 24 articles of the draft while a final version of 18 of them is ready. Since the commission could not reach a consensus over the issues of equality, children’s rights, right to education, freedom of religion and conscience, rights of foreigners and freedom of opinion and thought, related articles are left to be discussed for later.

The articles that have been drafted in consensus concern individual honor and freedom, basic rights, right to life, right to bodily integrity, ban on torture, individual freedom, confidentiality of one’s personal life, immunity of domicile, freedom to travel, freedom of science and arts, right of property, freedom of contract, freedom of civil society organizations, freedom to carry out demonstration and right to fair trial.

The target is to complete the draft version by the end of this year, while the next step is to open it for public discussion in 2013. After these steps a proposal for the new constitution will be ready to be presented to Parliament. The new constitution will be composed of several sections, including basic rights and freedoms, legislation, executive and judiciary, economic and social provisions, general provisions, basic provisions and temporary provisions.

Beginning the work to draft the text of the new constitution, the commission prepared a four-phase process. The first phase of the work was to collect data and evaluate it. This part of the work ended on Dec. 31, 2011 after the commission received feedback from the public and institutions.

In the first six-and-a-half months of the process, 18,000 documents providing feedback on the new constitution from 14 political parties, 21 universities, 39 labor unions and 79 other civil society organizations were delivered to the commission. Some 25,440 people presented their opinion to the commission by way of the official web page of Parliament.

The second phase ran until April 30, during which the commission reviewed the feedback collected. As of May 1 the members have been working on writing the draft.