The Ministry of Education appealed a 2012 decision by the Council of State that would have cleared the way for women wearing headscarves to work in the public sector, the Taraf daily reported on Monday. 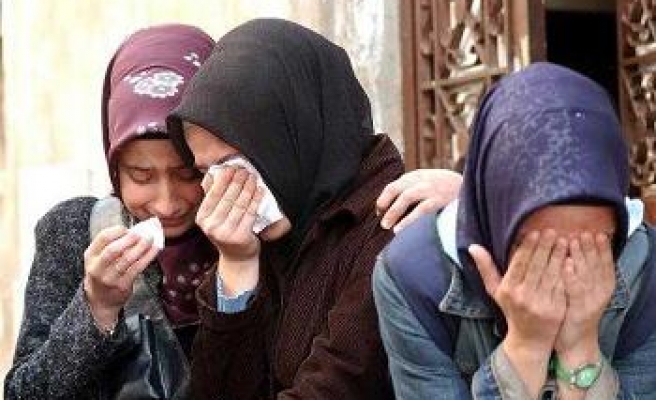 The Ministry of Education appealed a 2012 decision by the Council of State that would have cleared the way for women wearing headscarves to work in the public sector, the Taraf daily reported on Monday.

The Council of State ruled on Nov. 12, 2012, that teacher G.D., who was fired from her job following the Feb. 28, 1997 postmodern coup period as she was teaching classes while wearing a headscarf, could have her job back. G.D.'s appeal was heard by the 12th Chamber of the Council of State, which reversed a 2001 decision by the High Disciplinary Board of the Ministry of Education to expel the headscarved woman.

The Taraf daily reported on Monday that the Ministry of Education appealed in April the Council of State's decision in a move to prevent the headscarved teacher from returning to her job, which Taraf notes does not comply with the general policies of the Justice and Development Party (AK Party) government.

The AK Party government has continuously voiced the need to lift the ban on headscarves in the public sector since it was elected.

G.D., who was teaching religious culture and ethics at Gazi Regional Primary Boarding School, was expelled from her job after an investigation was launched against her in 2001 by the Ministry of Education's High Disciplinary Board as she was teaching classes while wearing a headscarf. The High Disciplinary Board expelled the woman on the grounds that she was violating the dress code and disrupting the peace and order of the institution with ideological intent under Civil Servants Law No. 657. Twelve years after this decision, G.D. filed a complaint with the Council of State, seeking a reversal of the decision. The Council of State ruled that G.D.'s use of a headscarf did not impair her work and that there is no evidence that G.D. taught class while wearing a headscarf for political or ideological purposes. The Council of State's verdict could serve as a precedent for hundreds of other teachers who were expelled from the teaching profession following the 1997 military coup.

On Feb. 28, 1997, the Turkish military forced the coalition government led by the now-defunct conservative Welfare Party (RP) out of power, citing alleged rising religious fundamentalism in the country. The Feb. 28 coup brought a series of severe restrictions on religious life, including an unofficial but widely practiced ban on the use of headscarves by women at university campuses and in positions of public service.