According to the new law, the report to be prepared after the audit will not be kept secret but will be announced to the public. 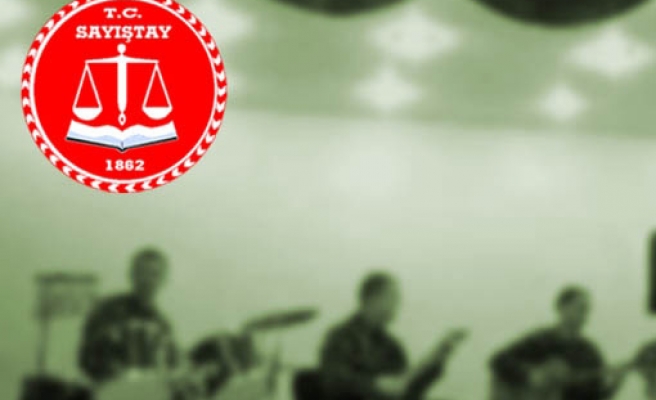 Using the authority granted to it by a recently amended law that enables civilian oversight of military expenditures, the Court of Accounts has begun audits of military-run firms, the Akşam daily reported on Monday.

According to the daily, a committee from the Court of Accounts recently contacted the Turkish Armed Forces (TSK) to inform them about an inspection and initiated an audit. Military expenditures have long been outside civilian oversight in Turkey, which has often been criticized by the European Union. To tackle the lack of any transparent auditing of military expenditures, which is also criticized by the EU, the government had amended the law on the Court of Accounts to subject a part of military spending to the court's oversight.

According to the new law, the report to be prepared after the audit will not be kept secret but will be announced to the public. The report, which will first be sent to Parliament, will be made public within 15 days of Parliament receiving it.

Controversy has long surrounded whether military dining facilities (orduevi), recreational facilities and canteens are being operated efficiently. With this report, the public will for the first time have the chance to know about such businesses run by the military. If the auditors find anyone causing the TSK a financial loss, a case will be filed with the Court of Accounts and the court will be able to order any military personnel found responsible for the loss to pay compensation.

The General Staff was a strong critic of the new law, which is seen as a major step in Turkey's EU harmonization process, despite deficiencies. It argued that the supervision of military expenditure by the Court of Accounts would end the tradition of military secrecy. Representatives from the General Staff previously presented a report to Parliament's Planning and Budget Commission stating their opposition to the proposed changes. The report said the Court of Accounts is not authorized to assess the performance of the TSK and that regulations to protect military secrets should be put in place for any audit.