Police sealed off the main road to the courthouse with fencing topped with razor wire and concrete blocks and around 100 people chanted anti-government slogans. 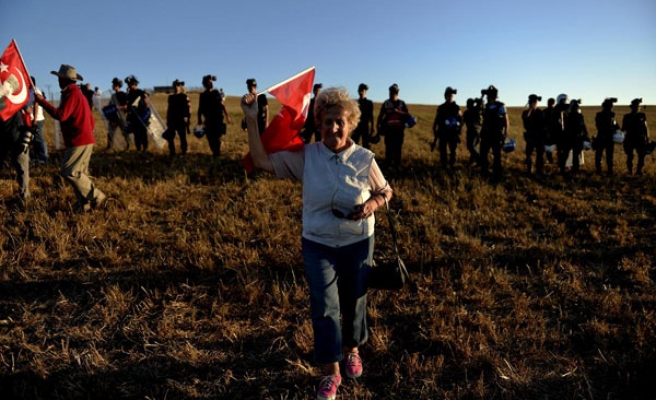 A Turkish court will pass judgment on Monday on nearly 300 defendants accused of plotting to topple the government in a battleground case.

Security forces set up barricades around the courthouse in the Silivri jail complex, west of Istanbul, to tighten security after the defendants' supporters vowed to hold a demonstration against the five-year trial that has exposed deep divisions in Turkish society.

Prosecutors say an alleged network of secular arch-nationalists, code-named Ergenekon, pursued extra-judicial killings and bombings in order to trigger a military coup, an example of the anti-democratic forces which Erdogan says his AK Party has fought to stamp out.

Ahead of the verdict, state authorities banned protests at the court, and police on Saturday raided offices of a secularist association, political party and television channel, detaining 20 people for calling for demonstrations.

Police sealed off the main road to the courthouse with fencing topped with razor wire and concrete blocks and around 100 people chanted anti-government slogans.

"The day will come when the AKP will pay the price," some chanted on the approach road to Silivri, where hundreds of riot police were on duty, backed by water cannon vehicles.

Among the 275 defendants accused in the case are retired armed forces commander Ilker Basbug and other military officers, politicians, academics and journalists. They deny the charges.

The threat of a coup is not far-fetched: the secularist military staged three coups in Turkey between 1960 and 1980 and pushed the first Islamist-led government out of office in 1997.

But Erdogan has gradually chipped away at the army's influence since his AK Party first came to power in 2002, including in the courts with the Ergenekon case and the separate "Sledgehammer" plot.

Last September, the court in Silivri sentenced more than 300 military officers to jail on charges of plotting to overthrow Erdogan a decade ago in "Sledgehammer".

The Turkish public initially widely welcomed the trial on the grounds it would bring to account the country's "Deep State" - an undefined network of secularists long believed to have been pulling the strings of power in Turkey.

The court is expected to begin reading the Ergenekon judgment on Monday morning but the exact timing was uncertain. Prosecutors have demanded life sentences for 64 of the defendants. Any defendants found guilty were expected to appeal.