Davutoglu says Assad has no right to criticize Turkey 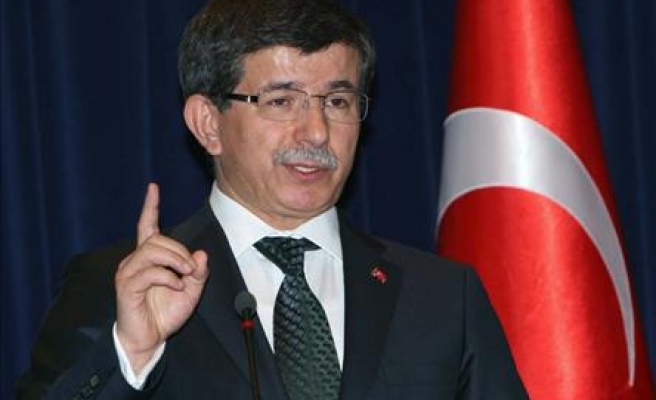 Turkey's Foreign Minister Ahmet Davutoglu on Saturday, by criticising Assad's statements on Turkey, said, "these statements have nothing to do with the reality. Turkey and the rest of the world are aware of this."

After meeting with Albanian President, Davutoglu who was in an official visit to Albania, commented on the statements of Syrian President Bashar al-Assad who criticized Turkey.

Davutoglu in a press conference said that these statements have nothing to do with reality, Turkey and the rest of the world are aware of this.

"Assad, the president who makes the violence against his own people and who used chemical weapons against his people, has no right to criticize Turkey. Everything he said has nothing to do with the truth," Davutoglu said.

Davutoglu said that Turkish Prime Minister Recep Tayyip Erdogan had warned Assad to listen to the will of his people, but Assad chose the path of violence against his own people.

"Assad should first ask his people for forgiveness," Davutoglu said.

Davutoglu said that Turkey has always worked to establish peace in Syria and that he hopes to see end of the bloodshed soon.

"All these criticism are false and irrelevant. Turkey has been doing everything, and will continue to do everything to establish the peace," concluded Davutoglu.