Turkish deputy PM expressed that the democratization process was separate from the Kurdish settlement process, while also addressing the Syrian crisis, tension after the Gezi Park incidents, and detained journalists 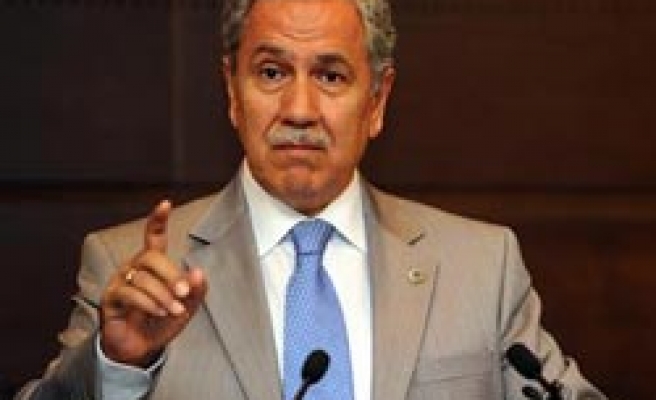 Deputy Prime Minister Bülent Arınç has stated that the ruling Justice and Development Party (AK Party) will complete the democratization package on Thursday and forward it to Prime Minister Recep Tayyip Erdoğan for final approval.

Arınç, who met with the Ankara bureau chiefs of newspapers at an iftar dinner, noted that linking the democratization steps to the government-launched settlement process to pave the way for the disarmament of the Kurdistan Workers' Party (PKK) serves no purpose.

“The democratization efforts are not related to the settlement process directly,” he said.

Instead he recalled that the AK Party had announced a major declaration, titled “2023 Political Vision,” during its party congress in September of last year. He said some of the reform steps will be borrowed from that declaration.

He also dismissed suggestions that the government is thinking of calling Parliament in for an emergency session. “There is no issue on the agenda that requires an emergency meeting,” he told reporters.

Arınç also confirmed that 20 percent of the PKK's members have withdrawn from Turkish territory as part of a deal the government's intelligence agency made with the imprisoned leader of the PKK. He said the initial figure was uttered by the prime minister, who put the percentage at 15. After this came the interior minister's remarks, in which he said around 20 percent of PKK members had actually withdrawn from Turkey.

“I don't have any information about the withdrawal exceeding 20 percent,” he underlined.

The deputy prime minister reiterated that the settlement process is continuing despite bumps on the road. He also described the number of people joining the PKK in the mountains, which many officials said has increased recently, as not that high.

“These people go to the mountains because they have a different purpose for the future,” he said, without elaborating.

Arınç also admitted that the country is on the edge following the Gezi Park incidents.

“We have been living in a Turkey in which everyone is highly strung. I hope the day will come when no one feels as tense as today. I have been in Parliament for 20 years but I have not experienced such a hard situation before,” he explained.

He ruled out that Turkey has any intention to intervene militarily in Syria. “The [Syrian] regime is using both [the Democratic Union Party] PYD and Hezbollah to survive. We just don't have an armed intervention on our agenda. Any possible intervention would produce worse results,” he said.

Arınç also emphasized that journalists in Turkey have to obey the law of the land. “We know that a large part of the detained journalists have been put on trial because of their terrorist activities,” he noted. He also confirmed that the prison conditions of the imprisoned leader of the PKK, Abdullah Öcalan, have not changed recently.